That’s what Forbes magazine says, in its study of return-on-investment for Hollywood actresses. 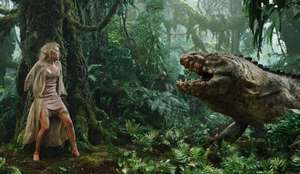 Watts represents the perfect combination of an actress who earns relatively small paychecks, by Hollywood standards, and stars in some major hits, such as 2005’s “King Kong,” which earned $550 million at the worldwide box office.

For every dollar Watts was paid on her last three major films, Forbes says, the movies returned an average of $44.

Forbes calculated its list by looking at Hollywood’s 100 biggest female stars, each of whom had to have starred in at least three movies in the past five years that opened in 500-plus theaters. Forbes did not include animated films. 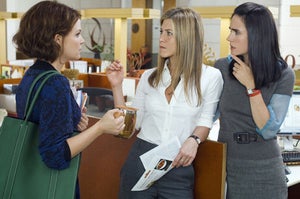 Previous Forbes lists have required that actresses earn at least $5 million per movie, but that didn’t apply this time around. The magazine calculated each star’s estimated earnings on her last three films (including upfront pay and any earnings from the film’s box office receipts, DVD and TV sales). It then assembled an “operating income” for each film, including estimated budget but not marketing costs, as well as box office, DVD and TV earnings.

Most of the actresses on the list did not carry the films on their own; it’s still rare for a woman to be the main star. Women are mainly co-stars or part of an ensemble cast, such as “He’s Just Not That Into You,” which helped lift both Connolly and Aniston onto the list.