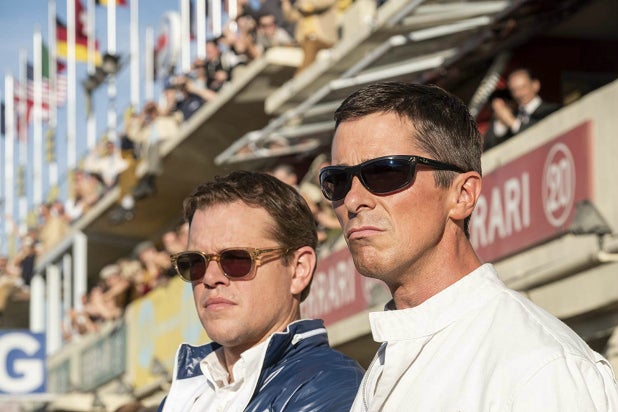 “Ford v Ferrari,” “1917,” “Jojo Rabbit,” “Parasite,” “Toy Story 4” and “Echo in the Canyon” have won feature-film awards in the Motion Picture Sound Editors’ Golden Reel Awards, which were handed out on Sunday night in Los Angeles.

“Ford v Ferrari” won for Feature Motion Picture – Effects/Foley, the category which most closely corresponds to the Oscar for Best Sound Editing. “1917” won for dialogue/ADR and “Jojo Rabbit” for music underscore.

“Toy Story 4” took the prize for animation, “Rocketman” for musical, and “Echo in the Canyon” for documentary.

“Chernobyl” was the only project to take two awards, winning for dialogue/ADR and for effects/foley in the television categories. Other TV winners included “Barry,” “Modern Love,” “The Mandalorian,” “Game of Thrones” and “El Camino: A Breaking Bad Movie.”

Here is the list of winning films, television shows and other projects. Names of the individual winners can be found at the MPSE website.