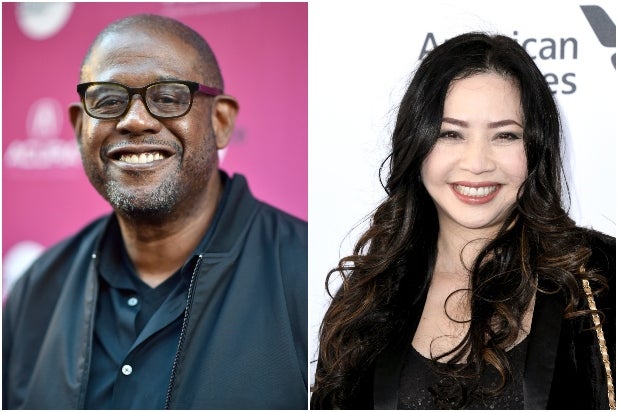 Under the deal, the duo will work with Amazon Studios to develop television series for Amazon Prime Video under their ‘s Significant Productions banner.

“Significant Productions, fueled by the vision of Forest Whitaker and Nina Yang Bongiovi, has given a platform to emerging talent and created brilliant, critically acclaimed, and commercially successful projects across film and television,” Albert Cheng, COO and co-head of television at Amazon Studios, said. “We are looking forward to working with Significant Productions as they continue to develop fresh voices to tell even more important, inclusive stories.”

“Teaming up with Amazon Studios for our producing endeavors in television empowers us to amplify what we’ve been building these last nine years. Championing inclusive stories as wells as diverse talent and creators is in our DNA, and creating cultural impact is our brand. Having Albert Cheng, Vernon Sanders and Jennifer Salke in our corner is truly remarkable. We’re thrilled to join the extraordinary roster of talent at the studio,”Whitaker and Yang Bongiovi said in a joint statement.

Significant Productions was co-founded by Whitaker and Bongiovi in 2010 with a focus on diversity and inclusivity in front of and behind the camera. The banner went on to produce Ryan Coogler’s first film, “Fruitvale Station” starring Michael B. Jordan, in 2013, as well as other films including Boots Riley’s “Sorry To Bother You,” Rick Famuyiwa’s “Dope,” Chloé Zhao’s “Songs My Brothers Taught Me,” and Michael Larnell’s “Roxanne Roxanne.”