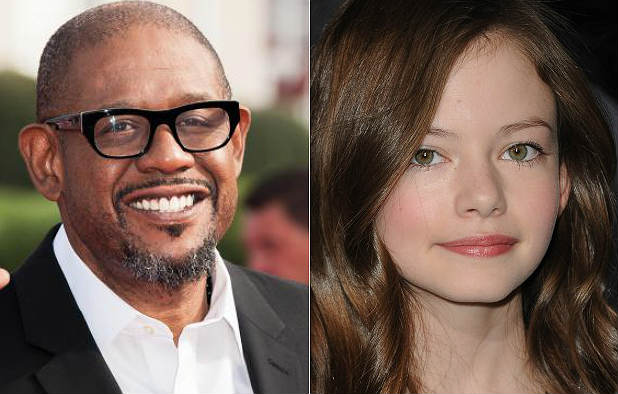 Forest Whitaker and Mackenzie Foy (“Twilight: Breaking Dawn”) are set to voice the two leads in the English-language version of the animated French film “Ernest & Celestine,” multiple individuals familiar with the project have told TheWrap.

GKids is releasing both version of “Ernest & Celestine” in the U.S.

The French version will receive a qualifying run for awards consideration later this year in Los Angeles, while a dubbed version for U.S. audiences will hit theaters next year.

Lambert Wilson and Pauline Brunner voice the characters in the French version of the film, while additional voice cast for the American version will be announced later.

“Ernest & Celestine,” which will compete for an Oscar nomination with entries from Pixar and DreamWorks Animation, was written by Daniel Pennac and directed by Stephane Aubier, Vincent Patar and Benjamin Renner.

Whitaker is expected to have a major presence on the awards circuit this year. Not only did he give a critically acclaimed performance in “Lee Daniels’ The Butler,” but he also produced Ryan Coogler’s well-reviewed “Fruitvale Station.” Whitaker also co-stars in Relativity’s “Out of the Furnace” and Fox Searchlight’s “Black Nativity.” He’s repped by WME, Brillstein Entertainment Partners and Ziffren, Brittenham.