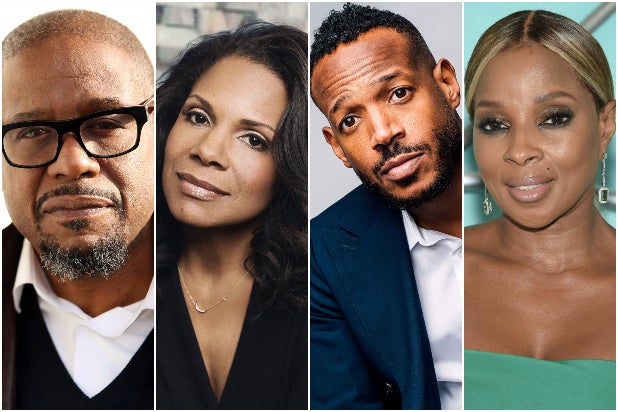 Tony-nominee Liesl Tommy is directing “Respect,” which goes into production on Nov. 1. Tracey Scott Wilson (“The Americans,” “Fosse/Verdon”) wrote the screenplay. “Respect” will open in theaters on Aug. 14, 2020. Scott Bernstein and Harvey Mason Jr., who has produced music for both Aretha Franklin and Jennifer Hudson, are producing the film.

Whitaker, Wayans, McDonald, Sengbloh and Kilgore are all playing members of Franklin’s family. Whitaker will portray Aretha’s father, Reverend CL Franklin, who was also Franklin’s manager early on in her career and himself was known as the man with the “Million-Dollar Voice.” Wayans plays Ted White, Franklin’s first husband. McDonald will play Aretha’s mother, Barbara Franklin. Sengbloh and Kilgore will play Franklin’s sisters. And Turner, known for her role in “Tina: The Tina Turner Musical” on Broadway, will play a young Aretha Franklin.

“I am thrilled with the incredibly talented cast we have assembled for our film, and I’m so proud that Ms. Franklin entrusted us to tell her story and to share it with the world. As a storyteller, hers is the kind of story we all dream of telling. Her music has inspired me since I was a little girl, and the milestones of her life and career have shown us all how to strive and thrive. To have this powerhouse group of actors – and the phenomenal talent of Jennifer Hudson in this iconic role – means we have the chance of making this film as transcendent as her glorious life and legacy,” Tommy said in a statement.

“We were given the rare privilege to work with Ms. Franklin directly to curate the stories she most wanted to share and the moments in her life that made her who she was. Over the years, she imparted to us how important it was to her that we share her story on the big screen and how important it was to have Jennifer in this role. To have that kind of deeply personal trust and insight from Ms. Franklin was nothing short of amazing for everyone involved,” Bernstein and Mason Jr. said in a statement.

“Respect” is fully sanctioned by Franklin’s estate and will include many of her iconic songs, including “Respect,” “I Say A Little Prayer,” “Think,” “(You Make Me Feel Like A) Natural Woman,” “You’ve Got A Friend,” “Dr. Feelgood,” “Do Right Woman, Do Right Man,” “Spanish Harlem” and “Young, Gifted and Black.”

“Respect” is a production of MGM and BRON Creative and will be released domestically via UA Releasing. The film will be distributed internationally via Universal Pictures International.