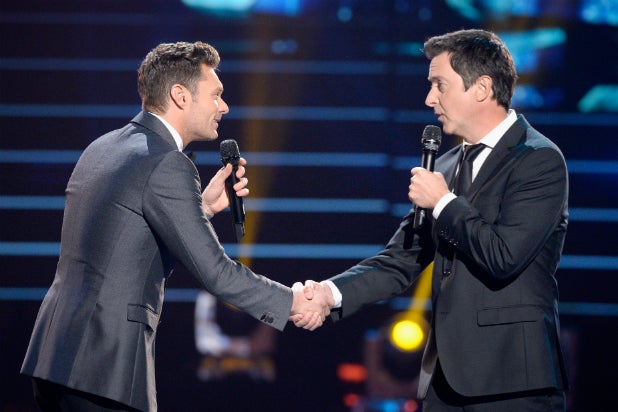 Many people in Hollywood’s Thirty-Mile Zone (that’s what “TMZ” stands for, folks) may be afraid to take on gossip website TMZ and its founder Harvey Levin, but ex-“American Idol” host Brian Dunkleman is not among them.

After TMZ posted this story revealing that the former TV partner to Ryan Seacrest now drives for Uber, Dunkleman didn’t shy away from injecting a few more facts into the narrative.

“I chose to stop doing standup comedy and started driving an Uber so I could be there for my son as much as he needed after our life as we knew it was destroyed,” Dunkleman wrote on Twitter to TMZ and its boss Harvey Levin. “Print that.”

“And I make over a grand on a good week motherf–kers,” he added atop the hashtag #HumanBarnacles.

Dunkleman’s girlfriend, Andrea Whitney, also backed her boy up on the social media platform, posting a photo of the former Fox personality cuddling with his son on a hike.

Also Read: Fans Think They've Got 'Masked Singer' Identities All Figured out Less Than a Day After Fox Premiere

Whitney also included her own hashtag: #ImInLoveWithAnUberDriver, along with a photo of herself in a bikini, captioning it: “This is what an Uber driver’s girlfriend looks like.” She then again verbally flipped off the news and gossip site.

Per TMZ’s story, Dunkleman, who is in the middle of a divorce battle with Kalea Dunkleman, disclosed in court documents that he started driving for Uber in March 2016. Brian and Kalea currently share custody of their five-year-old son, Jackson.