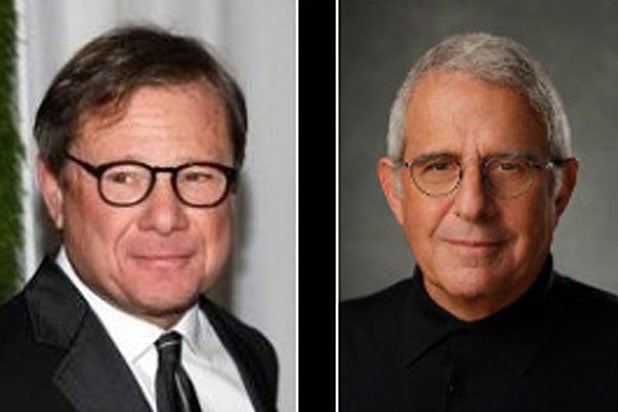 Hollywood will have to wait a few more weeks for the anticipated face off between former CAA partners Michael Ovitz and Ron Meyer as the Live Talks Los Angeles event at the DGA Theater on Sept. 7 has been postponed.

The on-stage meeting between the partners-turned-rivals will now take place on Sept. 29, as Ovitz is currently recuperating from back surgery, a spokesperson for Live Talks Los Angeles told TheWrap Thursday.

The pair of superagents were set to join author James Andrew Miller‘s to discuss the salacious details in his new book, “Powerhouse: The Untold Story of Hollywood’s Creative Artists Agency.”

“Our event with Ron Meyer, Michael Ovitz and James Andrew Miller on September 7th at the DGA Theatre discussing the book, ‘Powerhouse: The Untold Story of Hollywood’s Creative Artists Agency,'” a statement to ticket holders read.

“We regret to inform you that the event is being re-scheduled for Sept. 29 — still at the DGA Theater — to allow more time for Michael Ovitz to recover from back surgery.

“All tickets for Sept. 7 will be honored for Sept. 29. Should you not be able to make the event on the rescheduled date, we are happy to provide a refund, as long as you notify us by Friday, Sept. 9.”

“Powerhouse” author Miller is set to moderate a panel with the pair in what will eventually be the first public meeting between them since their professional split.

According to the description by the event organizers, the book “unveils an astonishing — and astonishingly entertaining — history of Hollywood’s transformation over the past five decades as seen through the agency at the heart of it all.”

It goes on to say, “Drawing on unprecedented and exclusive access to the men and women who built and battled with CAA, as well as financial information never before made public, author James Andrew Miller weaves a story of prophetic brilliance, singular genius, and entrepreneurial courage. It is also a tale of boundless ambition, ruthless egomania, ceaseless empire building, greed, and personal betrayals. Here are the real Star Wars — complete with a ‘Death Star’ — all told through the voices of those who actually fought in the arena.”

Ovitz founded CAA in 1975 along with fellow William Morris Agents Meyer, Bill Haber, Rowland Perkins and Mike Rosenfeld. He resigned in 1995 to become president of the Walt Disney Company under chairman Michael Eisner until 1997, and went on to form CKW, which included Artist Management Group (AMG).

Tickets for the rescheduled event, which is listed as sold out, cost $35 for General Admission and $60 Premier Seating.