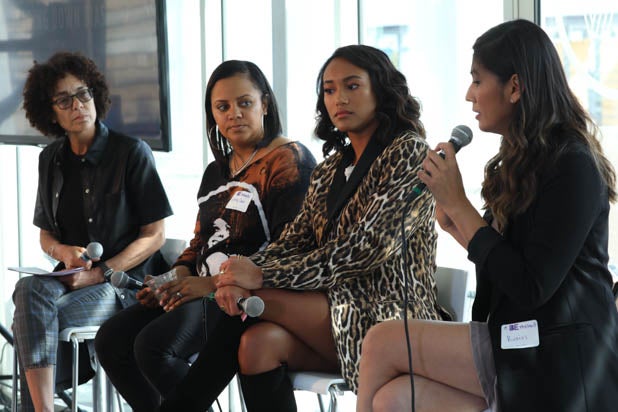 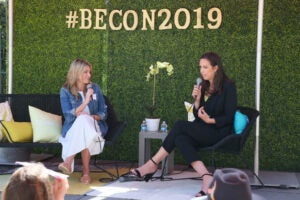 Former CBS Diversity Executive Demands Change: ‘Start With the Board and Work Your Way Down’

BE Conference 2019: ”If you’re not seeing that representation throughout, then I think we need to start pushing these companies,“ Whitney Davis says

Whitney Davis is not slowing down. Two days after the former CBS diversity executive called out the company over its lack of diversity, Davis said that she has her sights set on the board members.

“I think we have to demand the change … Start with the board and work your way down,” Davis said Thursday during a panel at TheWrap’s BE Conference. “If you’re not seeing that representation throughout, then I think we need to start pushing these companies, to say, ‘Look, we’re not waiting for these dinosaurs to die off, if you’re not going to hire people in power and people in charge that look like the direction that we need to be moving in, then I don’t want to work at this place.'”

Davis, a longtime CBS executive who left the company in February, criticized CBS over its lack of diversity earlier this week, detailing in an op-ed several specific examples of what she called racial discrimination and workplace misconduct. “This was the hardest thing I’ve ever done,” Davis said on Thursday. “I’ve never known anything else other than that company.” She added that since her letter was published on Tuesday, she’s only heard from one employee at CBS Entertainment.

Davis has since started up a website, Inclusion In Hollywood, and one of the first things she wants to do is compile a database of all the higher-up executives, board members and department heads. CBS’ board of directors is led by vice chairperson Shari Redstone. Not including Redstone, CBS’ board currently includes four women, though none of them are women of color. Overall, CBS’ 10-person board of directors features only one person of color.

“I want to compile a list and go into every company to say, ‘This isn’t OK. If you say you care about diversity and inclusion then you can no longer operate in this way,'” she said. “Until we can start really being radical and pushing and making the noise and putting up a fight to say this isn’t good enough, I don’t know that it will change.”

Sydney Park, who stars on Freeform’s “Pretty Little Liars: The Perfectionists,” agreed with Davis. “It really starts with the heads of studios, the heads of corporate America,” she said. “It has to start with the higher-ups, because that’s unfortunately – it’s a hierarchy. That’s how it works.”

Rain Valdez, a transgender actress and filmmaker, said that while the industry is moving toward more inclusion and diversity, it’s been more of a slow crawl instead of a sprint: “I think we’re starting to see a little bit of movement, a little bit of water trickling. But there’s still a long way to go.”

Valdez continued, “I think the ground is shaking and that we’re having the conversation, but I think that it’s still a long way to get there.”