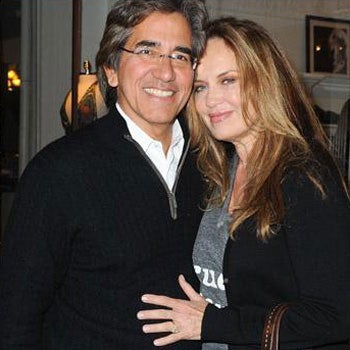 Peter Lopez, Michael Jackson’s one-time music lawyer and husband of "The Dukes of Hazzard" star Catherine Bach, was found dead Friday afternoon of a gunshot wound at their Encino home.

His body was found on the front lawn, an apparent suicide, according to coroner's office operations chief Craig Harvey.

A lawyer for members of the Eagles and a producer on the Jennifer Lopez film "Selena," Lopez was a name partner at Century City's Kleinberg Lopez Lange Cuddy & Klein. He stopped working with Jackson several years before the singer’s death last June.

"We are deeply shocked and saddened by the unexpected loss of our friend and partner, Peter Lopez,” the firm said in a statement. “This is an incalculable tragedy for his family, friends, clients and ourselves. We request that all concerned respect the privacy of Peter's family during this terribly difficult period. Our heartfelt condolences, thoughts and prayers are with the Lopez family."