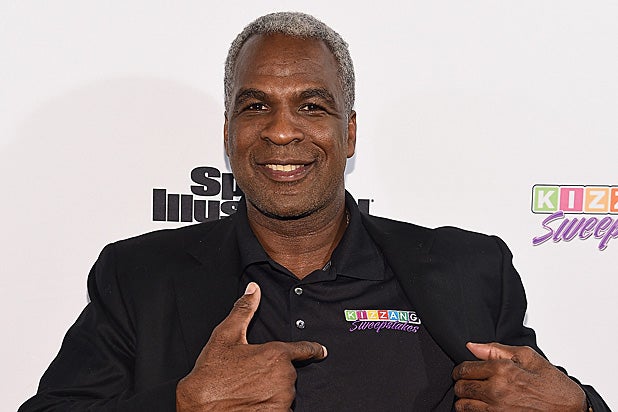 Well, that was quick.

After being banned from Madison Square Garden on Friday following his ejection during a game earlier in the week, former New York Knicks star Charles Oakley will be allowed back in the building in “the near future.”

The reprisal came after a peace talk between team owner James Dolan and Oakley — a beloved player on the Knicks from 1988 to 1998 — was arranged by some of the most powerful names in basketball.

“It is beyond disheartening to see situations involving members of the NBA family like the one that occurred at Madison Square Garden this past week,” NBA Commissioner Adam Silver said in a statement Monday.

“In an effort to find a path forward, New York Knicks, Charles Oakley and I met today at the league office, along with Michael Jordan, who participated by phone,” he explained.

Six-time NBA champion Chicago Bulls great Jordan is a friend and former teammate of Oakley’s, and also the owner of the Charlotte Hornets.

“Both Mr. Dolan and Mr. Oakley were apologetic about the incident and subsequent comments, and their negative version on the Knicks organization and the NBA. Mr. Dolan expressed his hope that Mr. Oakley would return to MSG as his guest in the near future,” Silver continued in his statement, before thanking all those involved in Monday’s meeting.

The drama tipped off last Wednesday, when after buying a seat close behind where Dolan sits, Oakley was seen shouting at franchise owner Dolan about how he has handled his former team.

While Oakley was arrested on assault charges, fans have largely sided with the longtime Knicks favorite, who offered his apologies to those he felt he let down.

“I want to say I’m sorry to all the fans of the Garden. I never want to be a troublemaker in life,” Oakley said on ESPN-NY Radio Thursday, Fox Sports reported.

“Whenever I go to the Garden now, security has been told to inform him immediately,” he continued. “Last year against Charlotte, I went to a game and a bunch of security people came up to me right away and told me not to walk around, stay where I am. He just doesn’t want me in the building.”

The Knicks next home game at MSG will be on Feb. 25 against the Philadelphia 76ers.