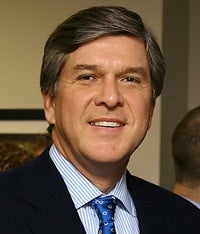 As a Republican working within a Democratic administration, the 57-year-old Smith may be a surprise choice for the post.

But Smith was a member of Senate Commerce Committee, where he regularly worked with Democrats.

He faces a tough job: Broadcasters have been under considerable pressure from a combination of circumstances recently, and they haven’t had many wins in the Washington regulatory environment recently.

They have been hard hit by the economy, especially from cutbacks in real estate and auto advertising. Some have faced debt problems from leveraged financing. The arrival of broadband has started to let consumers watch video on the Web instead of on traditional TV sets and posed questions about broadcasters’ role in future technology changes.

A court and the Federal Communications Commission so far has blocked efforts to allow further consolidation of media companies.

In a statement Smith said he was honored to be selected.

"As radio and television stations embrace new technologies and new business opportunities, I look forward to articulating to public policymakers the unique and positive role played by local and network broadcasters in the fabric of American society," he said.