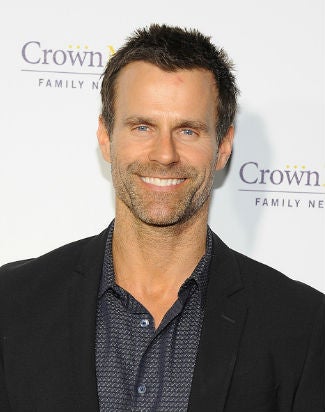 The former “All My Children” star’s duties will include red carpet interviews, celebrity sit-downs and weekend show co-anchoring for the top-rated syndicated CBS Television news magazine, hosted by Nancy O’Dell and Kevin Frazier.

WME which reps Mathison has not yet responded to TheWrap’s request for comment. A spokesperson for “Entertainment Tonight” confirmed Mathison’s hiring but said there were “no further details.”

According to one insider, Mathison’s hiring is a move on the show’s part to boost its female 25-54 demographic, which the daytime hunk grew a sizeable fanbase within during his long-time run on ABC Daytime.

Mathison previously appeared as a guest correspondent on “Entertainment Tonight,” in addition to hosting stints on “Extra” and “Good Morning America.”

Mathison spent a combined 13 years on “All My Children” in the role of Ryan Lavery until the soap was cancelled in 2011.  The actor will be featured alongside former “Days of our Lives” star Allison Sweeney in the upcoming Hallmark Channel original movie “Murder She Baked: A Chocolate Chip Cookie Murder Mystery.” In the TV movie, Mathison plays a homicide detective who sparks with a baker as he investigates a small town murder in the film, which premieres May 10.