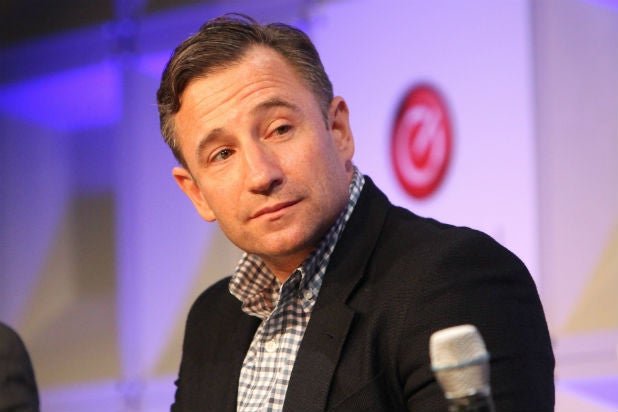 Former Universal executive Josh Goldstine has won a multimillion dollar arbitration case against the studio in the ballpark of $20 million after he was dismissed from the company in 2018 for “inappropriate conduct.”

After being unable to find employment in the height of the #MeToo era, Goldstine initiated legal action and this month has won an arbitration award from a private, retired judge that’s said to be in the ballpark of $20 million.

“I could not have survived this nightmare had it not been for the unwavering support of my family and our tremendous network of friends. I am eternally grateful to all of them and cannot wait to get back to doing what we have all been fighting for: getting a job and creating great work,” Goldstine said in a statement to TheWrap.

Goldstine was formally the marketing president at Universal who promoted such films as “Jurassic World,” “The Mummy” and “Get Out.” In February 2018, film division president Donna Langley and chairman Jeff Shell sent a memo to staff saying they had received complaints about Goldstine in early February that they found “credible and indicative of an unacceptable climate.” Three weeks later following an investigation, he was dismissed.

“Our highest priority is to provide a working environment where every employee feels heard, seen and safe. We commend the people who have had the courage to come forward. We have no tolerance for harassment or other disrespectful behavior, and we will be taking any necessary steps to ensure that actions that violate our core values are dealt with swiftly and decisively,” the memo read.

Goldstine did not want to go after Universal, an individual with knowledge of the ruling told TheWrap. But because he was unable to secure a job, he was by contract required to go through an arbitration process.

The private judge’s ruling remains confidential, so no new details are available as to why Goldstine was fired or the reasons behind the judge’s decision. However, Goldstine’s lawyer Andy Baum of law firm Weil Glaser told TheWrap in a statement that the trial “totally vindicated” his client.

“The trial totally vindicated Josh,” Baum said. “I spoke to general counsels and executives from a number of companies interested in hiring Josh but they all said Universal’s statements and the linking of Josh to #MeToo issues made him toxic.”

Goldstine had spent two decades at Sony before joining Universal in 2011 as president of domestic marketing; he was promoted in 2014 to oversee worldwide marketing.

THR first reported the news of the arbitration case.