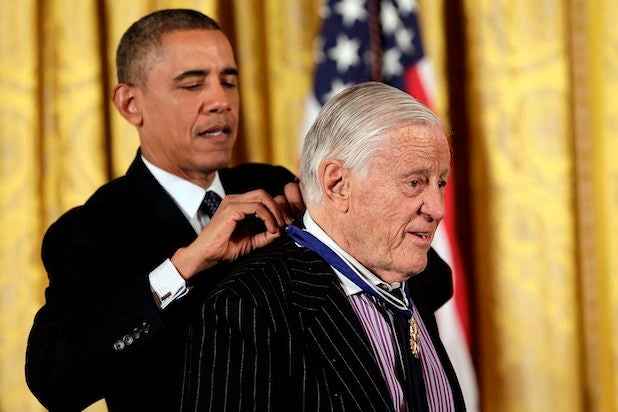 Former Washington Post editor Ben Bradlee, a 2013 Medal of Freedom recipient, is in hospice care due to continued deterioration of his health and dementia.

“We actually called in hospice care this week,” wife Sally Quinn said during a Sept. 18 C-SPAN interview broadcast on Sunday. “It’s been the most horrible experience I ever had, up until recently.”

“A certain peace has come over me, and this feeling of serenity,” Quinn continued. “Because what I thought was going to be horrible, the care taking part of it, has really become something almost sacred.”

Bradlee, 93, served as executive editor of the paper from 1968 to 1991 — a tenure that included the renowned coverage of coverage of the Pentagon Papers and the Watergate scandal — and is currently vice-president at large of The Post. He has suffered from Alzheimer’s disease for several years.

Quinn, a columnist for the Post, said she plans on detailing her husband’s health in an upcoming memoir for publisher Harper One.

“I haven’t written about it at all,” Quinn said. “I will write about it, a lot.”

Bradlee was a character in  1976 political drama “All the President’s Men,” and portrayed by Jason Robards, who won an Oscar for his supporting role.