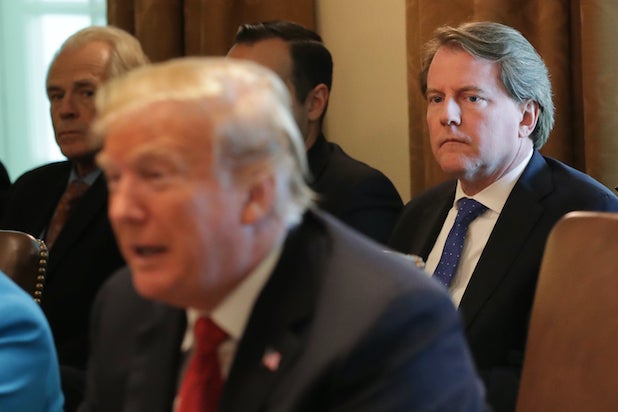 Former White House counsel Donald McGahn must comply with a subpoena from the House Judiciary Committee in the impeachment inquiry into President Donald Trump, a federal judge ruled on Monday.

U.S. District Judge Ketanji Brown Jackson ruled that McGahn does not have “absolute testimonial immunity” and that the Department of Justice’s claims that he did were “baseless, and as such, cannot be sustained.”

“However busy or essential a presidential aide might be, and whatever their proximity to sensitive domestic and national-security projects, the President does not have the power to excuse him or her from taking an action that the law requires,” Jackson wrote in her 120-page ruling. “Fifty years of say so within the executive branch does not change that fundamental truth.”

The House Judiciary Committee first subpoenaed McGahn in May, shortly after the release of the report conducted by special counsel Robert Mueller. Trump blocked McGahn from complying with the subpoena and testifying before Congress, leading the Judiciary Committee to respond with a lawsuit in August, describing McGahn as “the most important fact witness” in the ongoing impeachment inquiry. (In October, the White House also said it would refuse to cooperate with the impeachment inquiry.)

And now, Jackson’s ruling makes way for McGahn to testify about Trump’s attempts to obstruct the Mueller investigation.

“A valid legislative subpoena issued by a duly authorized committee of Congress gives rise to a legally enforceable duty to perform. The President cannot override this duty,” Jackson wrote.

Still, the Justice Department, which is representing McGahn, is expected to appeal the decision, according to the Washington Post. And if McGahn refuses to testify until a final ruling is made, the case could potentially make its way to the Supreme Court — a timeline that would leave “little chance that the matter will be resolved in time for Mr. McGahn’s potential testimony to play any role in the impeachment inquiry,” the New York Times’ Charlie Savage wrote.