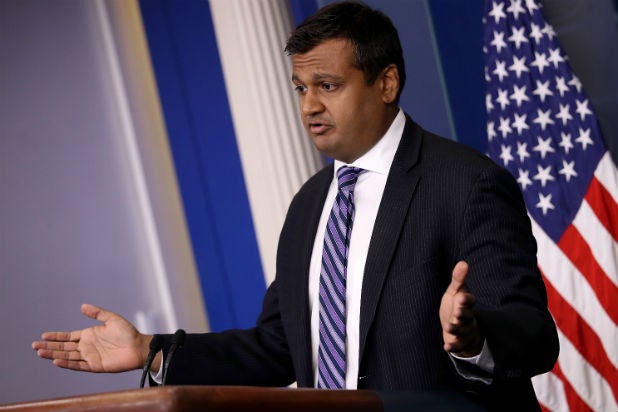 Raj Shah, former principal deputy press secretary at the White House, is heading to Fox Corporation as a senior vice president at the executive level, the company announced Monday morning.

“Raj Shah recently joined Fox Corporation as a Senior Vice President based in Washington, D.C.. Shah will report to Viet Dinh, Chief Legal and Policy Officer of Fox Corporation,” Hicks said in a statement to TheWrap.

Fox Corp. owns Fox News, Fox Sports, and a number of other properties.

While at the White House, Shah appeared on Fox News to criticize Hillary Clinton and countering statements about the president, such as accusations made by Stormy Daniels that she and Trump had an affair.