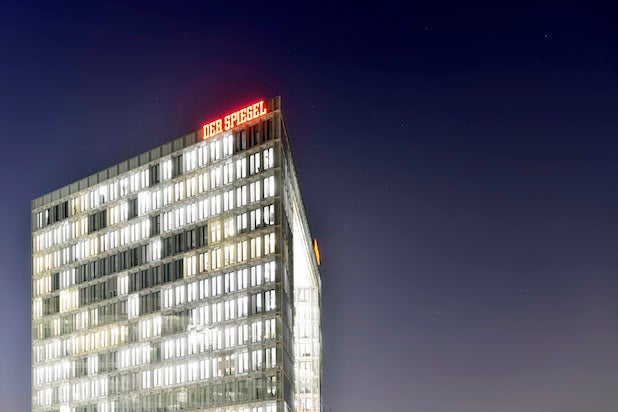 A Der Spiegel journalist who was CNN’s “Journalist of the Year” in 2014 resigned from his job after admitting that he fabricated stories “on a grand scale,” the German publication said.

In a lengthy report on its website, Der Spiegel said that Claas Relotius, a 33-year-old investigative reporter, acknowledged he had made up material.

“Claas Relotius, a reporter and editor, falsified his articles on a grand scale and even invented characters, deceiving both readers and his colleagues. This has been uncovered as a result of tips, internal research and, ultimately, a comprehensive confession by the editor himself,” Der Spiegel said.

Relotius had previously worked for other publications in both Germany and Switzerland and even won a CNN Journalist of the Year award in 2014 in the best print category for the story “Murderers as Carers,” published in the Swiss publication Reportagen. The story focused on prison inmates with dementia in U.S. jails.

CNN did not immediately respond to a request for comment Wednesday. But an insider at CNN said that Relotius “never worked for CNN. He was honored for a piece published by a Swiss magazine – more than 4 years ago.”

“It was sponsored by CNN but judged by an independent jury,” the insider said.

Relotius admitted to fabricating parts of at least 14 stories, according to Spiegel, which called the incident “a low point” in its 70-year history.

The issue first came to light after a fellow reporter who worked with Relotius on a story about a vigilante group on the U.S.-Mexican border began to question his reporting, Der Spiegel said.

Der Spiegel’s management said it would appoint a “committee of internal and external experts,” whose findings would be published by the magazine.