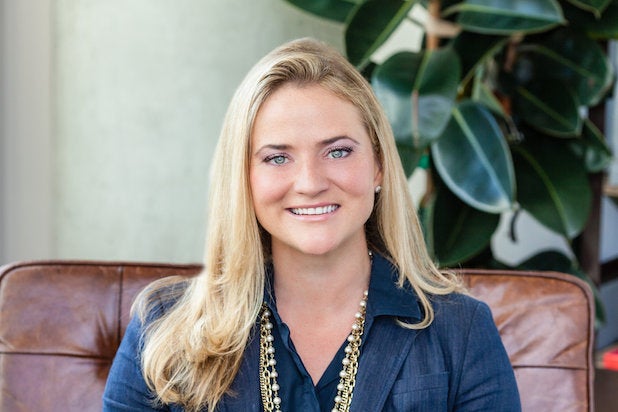 Former child actress Crystal Scripps McKellar — best known for playing Becky Slater on “The Wonder Years” — has been accused of conducting a “whisper campaign” to “undermine” Mithril Capital Management, the venture capital firm co-founded by Peter Thiel and Ajay Royan she was previously employed at.

In a lawsuit filed this week in a Texas county district court, Mithril claimed that McKellar made “false, anonymous complaints to Mithril’s limited partners, portfolio companies, and other third parties” after leaving the company, where she worked from June 2012 until this February.

The false complaints would be made through anonymous letters “carefully written to sow doubt and concern by making seemingly sophisticated claims about Mithril’s financial disclosures” or to “sow discord between Mithril and its business partners,” according to examples cited by the lawsuit. Some of the financial disclosures that the letters took aim at had even been reviewed and approved by McKellar, the suit states.

Also Read: Trump Will 'Take a Look' at Peter Thiel's Claims Google Was 'Infiltrated' by China

The suit further says that McKellar breached multiple agreements made through her severance, which included a courtesy title and consulting agreement in exchange for her agreement not compete with, disparage, communicate with Mithril investors or companies without approval, or represent herself as a Mithril executive. In addition to the anonymous letters, McKellar began working for other V.C. companies and, in July, created her own called Anathem Ventures, according to the suit.

“I have not been served with a copy of the complaint, as Mithril appears to have only provided it to the media,” McKellar told TheWrap in a statement. “Based on the media coverage, I can state that the allegations of wrongdoing are unequivocally false, and it will be a simple matter to prove them false if it gets that far.”

“I left Mithril earlier this year when it became clear to me that Mithril’s leadership was lying to its investors and that the promises it had made were not going to be kept,” she continued. “Undoubtedly this is not the last of the backlash I will experience from Mithril. It’s ok. My integrity is worth it.”

Mithril is seeking more than $1 million in damages.