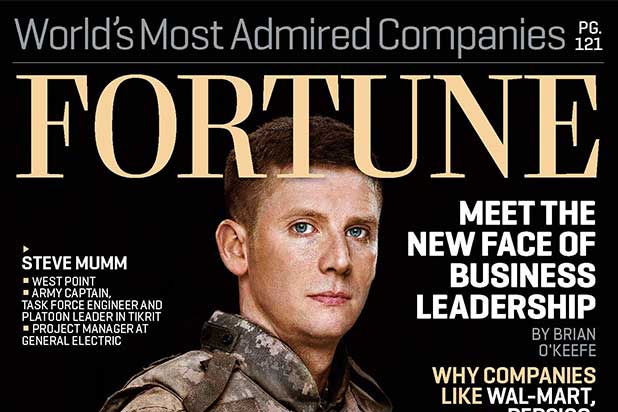 Alan Murray has been named the new editor of Fortune magazine.

“Alan’s diverse background uniquely positions him to lead Fortune,” said Todd Larsen, executive vice president, Time Inc. in a statement. “He is a digital champion and media visionary who can bridge every aspect of our business, moving effortlessly from the newsroom to the boardroom to television to conference stage.”

The move means Murray will step down as president of the Pew Research Center, a nonpartisan American think tank based out of Washington, D.C. Before taking over that post in 2012, he was The Wall Street Journal’s executive editor. Murray also spent a decade as the Journal’s Washington Bureau Chief and, during his tenure, the bureau won three Pulitzer Prizes.

Current editor Andy Serwer  is “leaving the company,” according to a press release from Time Inc.

“I came to appreciate Alan’s intellect, and his love of news about business and economics in the years we were both at The Wall Street Journal, and I have followed his career closely as he moved into management while expanding his interests from print to video, digital and events,” said Norman Pearlstine, chief content officer, Time Inc.

“There is no one more wired in the business and media worlds, and I am thrilled to have an editor of his caliber and intellect at the helm,” he added.

Murray, who becomes the 17th editor of the magazine’s 84-year-old history, will assume his post on Aug. 25.