"The Jay Leno Show" has been a complete and utter failure.
That, at least, is the conventional wisdom that’s emerged in the entertainment media. Hardly a week goes by without some outlet declaring NBC’s 10 p.m. talk show gambit to be a disaster of "Pink Lady and Jeff" proportions.
Indeed, the entertainment news media was whipped into a frenzy Thursday when a random local TV news business website posted a report that NBC had already decided to kill Leno — followed by a TMZ report that the network was moving him back to his old 11:30 slot.
The network admitted it was talking to affiliates about changes, but denied it has yet made any decision to dump Jay.
Of course, for months, there’s been talk that Jay at 10 is dead show walking. With Comcast coming in as the new parent company, one line of thinking goes, Peacock brass will be able to hide behind the new owners by arguing the folks in Philly simply wanted a fresh start.
Perhaps. But current NBC U chief Jeff Zucker has proven over the years that he doesn’t give up easily.
If cancellation isn’t an option right now, NBC need not sit back and accept the current situation. There are things the network could easily do to try to boost ratings for Leno  —  or perhaps simply limit the damage.
In other words, NBC has options beyond just throwing in the towel. In fact, given how much networks love to study and research and test market ideas, we wouldn’t be surprised if some secret group deep inside the bowels of Universal City wasn’t putting together a list of possible plays for Zucker right this very minute.
Before somebody leaks out that list, TheWrap decided to put together its own suggestions for how NBC might try to fix its Leno problem.
OPTION 1: ADMIT IT … IT’S THE SHOW, STUPID. 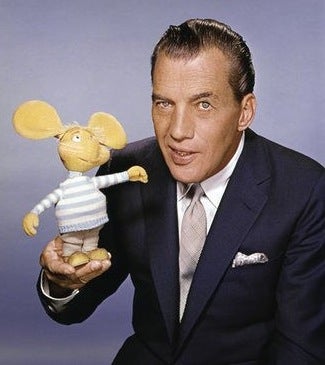 During the build-up to the show’s September launch, Leno and his reps regularly promised his new primetime series wouldn’t just be a clone of "The Tonight Show with Jay Leno."

Sure, there was a new set, a new name for the band, a couple of fresh segments and no desk. But otherwise? Jay at 10 has been pretty much the same as Jay at 11:35.

NBC and Leno need to admit that Leno’s core "Tonight" audience simply isn’t enough to sustain a long-term primetime series. They need to set about figuring out how to create a more compelling hour of television.

It’s understandable that both Leno (a well-known creature of habit) and NBC (like all networks, institutionally risk-averse) opted to play it safe out of the gate. Why mess with a 15-year track record of success just to please TV critics who were always going to be snarky about Leno, anyway?

But we’re getting close to Hail Mary time here.

Why not include some continuing reality show elements in the broadcast? Something like "The Sing-Off," for example, could have taken place over eight weeks as segments on "Leno."

Some variety might be good, too. As in, variety show-style acts — comedy sketches, performance art, whatever. Perhaps Leno’s calling in the third act of his career is to be the new Ed Sullivan.

Leno has shown he has the ability to make big changes when it’s do or die. Don’t forget, this is the man who fired his longtime friend, the late Helen Kushnick, when it became clear her leadership was helping destroy him.

Debbie Vickers, who replaced Kushnick as producer of "Tonight" and remains as showrunner on "The Jay Leno Show," is no Kushnick. She’s proven to be a trusted, loyal pal — and a very successful executive producer who took Leno to the top of the late-night ratings and kept him there.

But maybe what Leno needs right now is some new blood, somebody who doesn’t know his every rhythm and would feel comfortable pushing him in new directions. Nobody’s suggesting an extreme makeover of the Leno brand — but there’s no reason he can’t evolve. 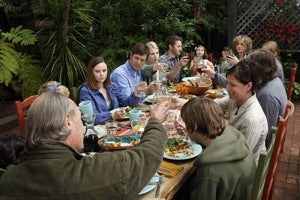 Before Leno agreed to do a nightly 10 p.m. show, NBC brass has said it asked him to consider kicking off the network’s primetime lineup at 8. The idea was he’d do a 30-minute show focusing mostly on jokes.

Maybe they should reconsider.

With fewer people watching TV in the early hours, it’s hardly a given Leno’s ratings would improve in an earlier slot. In fact, the numbers might actually drop. But by slotting Leno at 8, NBC gets back into the the drama game at 10 p.m. It doesn’t continue annoying affiliates, who, as TheWrap first reported last fall, have watched their local news numbers drop with Leno as a lead-in.

What’s more, if NBC’s 10 p.m. and local news numbers bounce back, it could help Conan O’Brien, who’s seen his numbers plummet since Leno took over at 10. If O’Brien is to be the future of late night for NBC, the network needs to start acting like it by making decisions that protect him.

Shifting Leno to an earlier slot is probably only a short-term play, and one with some serious risks, industry observers said.

One wag predicts Leno could sink to a 1.0 demo rating or lower, off from the 1.5-1.7 adults 18-49 number he now averages. That could make it even harder for NBC to build momentum at 9 and 10 p.m., throwing an already troubled NBC primetime lineup in even deeper turmoil. 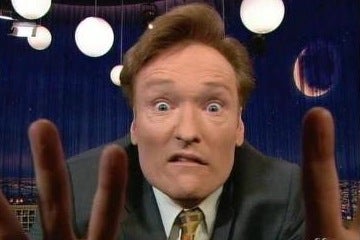 Leno’s audience also tends to skew older. Since NBC’s primetime efforts are geared toward younger audiences, it’s hard to see Leno boosting the fortunes of shows such as "Chuck" or the upcoming limited series "Day One."

Though NBC has always denied it, this option has been a rumored scenario since even before Leno at 10 debuted. Specifically, the idea is to just air Jay three nights per week.

That way, NBC could open up a slot for a new 10 p.m. drama — say, on Thursdays or Tuesdays, two nights where the network actually does OK in primetime. (Of course, Tuesdays have proven to be Leno’s best night, so taking him off that night would be a signal the network has no hopes of turning Jay at 10 into a long-term player).

Or maybe start small and just announce a temporary reduction to four nights per week.  If NBC brass really believe in "Parenthood," they could announce they were scheduling it Tuesday or Thursdays at 10 for six weeks and see how it works out.

Leno is saved embarrassment — and maybe "Parenthood" gets a chance to find some viewers.

Cutting back on Leno could also help make his show seem more special. It would allow him to focus on improving the program’s content since he and his producers wouldn’t have to churn out quite so much original content. And it would limit the complaints from affiliates — while not throwing in the towel completely. 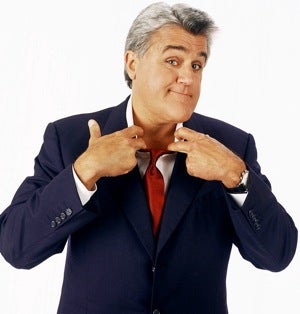 Despite all the media handwringing — including stories like this one — Leno isn’t a complete and utter disaster for NBC. At least not in the short term.

The fact is, NBC’s primetime schedule is pretty much a vast wasteland in terms of ratings, save for a few bright spots ("The Biggest Loser," "The Office" and, fingers crossed, "Chuck").  Had the network tried to launch three or four new dramas this fall instead of Leno, there’s a good shot most of them would have failed with equally poor ratings (at a much higher price tag).

All the arguments critics have made about NBC condemning itself to fourth place by not taking more scripted shots are probably correct. But given where the network stood in the post-Ben Silverman era, trying to just throw on some pilots nobody believed in just to protect the sanctity of "scripted" programming would have likely been an exercise in arrogance and, ultimately, futility.

It could be that NBC would be wise to simply ride out the Leno wave for five more months. See whether his show really does do better opposite repeats (so far, the verdict is mixed). Hope there’s a boost from the Olympics. And see how NBC Entertainment chief Angela Bromstad’s first real development season turns out.

Doing nothing probably guarantees ultimate failure for Leno at 10, since there’s little to suggest that ratings or buzz will improve much by maintaining the status quo. But at least nobody will be able to accuse NBC of panicking or bailing on Leno when the going got tough.