Fox felt the sting of not having the Super Bowl this year, though it still comfortably surpassed expectations for its fiscal third-quarter earnings on Wednesday.

The revenue was down from the year-ago-quarter ($3.44 billion) when it had Super Bowl LIV and the start of a hotly-contested presidential election cycle. 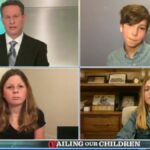 This primarily affected advertising revenues, which dipped form $1.57 billion last year to $1.20 billion. Additionally, a less-breakneck news cycle, with 2021 being an odd-numbered year and current president Joe Biden being significantly less scandalous than his predecessor, dragged down ad revenue at the cable networks, which pretty much means Fox News. It fell from $304 million a year ago to $283 million.

However, affiliate revenues increased $62 million or 6% as compared to the prior year quarter, driven by contractual price increases.

“The company continues to deliver operationally and financially with our year-to-date Revenues and EBITDA pacing well ahead of last year, despite the impact of COVID and the comparison against a Super Bowl year,” Fox Corp CEO and executive chairman Lachlan Murdoch said. “Consistent with our expectations, Fox News reclaimed its leadership position as America’s number one cable news network and the most watched cable network in primetime, while Fox Sports reached a landmark agreement with the NFL to extend our Sunday NFC rights package with expanded digital rights. These strategic milestones, coupled with a slate of complementary, high-growth, digital-focused assets, led by continued record growth at Tubi, provide a powerful platform to grow our business for the long-term.”

Though Fox News has regained its momentum in the cable news space, it faced increased competition from smaller, far-right networks like Newsmax (though that has since waned). Additionally, competitors like CNN and MSNBC gained ground early in the quarter, with CNN coming out ahead in the early days of the Biden presidency, though that has also gone back to the status quo more recently.

Last month, Fox extended its rights deal with the NFL through 2033.