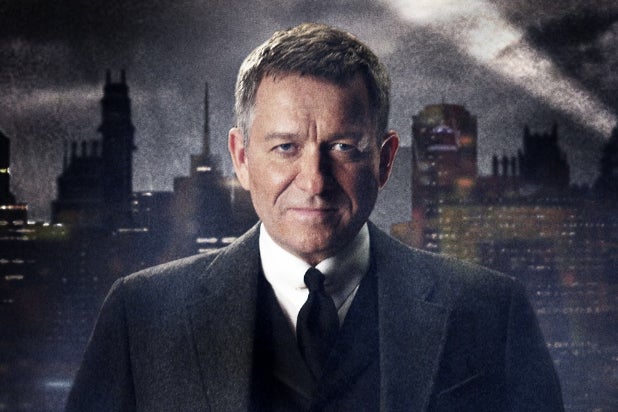 Fox has released the first image of veteran English actor Sean Pertwee as Alfred Pennyworth for its upcoming Batman prequel, “Gotham,” the third in a rollout of character reveals on the series’ social media sites.

Pertwee (“Elementary,” “Camelot”) plays the role of young Bruce Wayne’s butler and caretaker in “Gotham,” which is currently in production with a series commitment from Fox.

“Gotham” on Friday also released a photo of future Catwoman, Selina Kyle, played by newcomer Camren Bicondova. The next character image will premiere on Tuesday across all of the series’ social media sites, including Tumblr, Facebook, Twitter, and Instagram.

Warner Bros. is producing “Gotham” based on characters from DC Entertainment. The pilot is executive produced by Danny Cannon (“CSI”) and Bruno Heller (“The Mentalist”), who also wrote the script. Cannon is also directing the pilot episode.

Check out the first looks at Alfred and Selina below (click to enlarge):