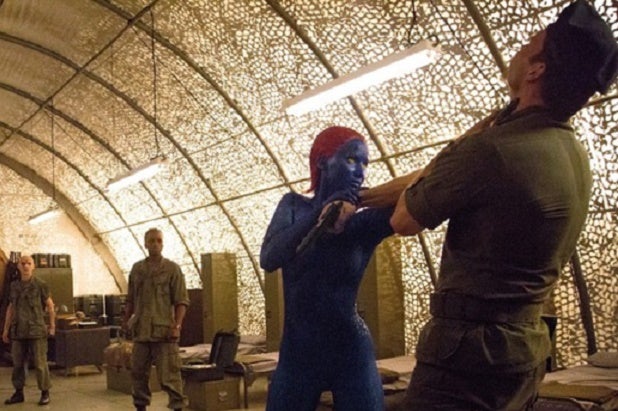 The total eclipses the previous industry record set by Paramount in 2011 by more than $350 million.

“This was a remarkable year for our studio, thanks to the talent of our filmmakers and our teams’ incredible work ethic, devotion and spirit,” said Paul Hanneman and Tomas Jegeus, co-presidents of worldwide theatrical marketing and distribution. “We are all very proud of this success, and look forward to an even brighter 2015.”

Internationally, Fox tallied $3.73 billion, shattering the previous industry record by more than $500 million. Fox International has had the highest-grossing box office for all studios for the fourth time in the past six years.

The domestic total was more than $1.79 billion, amounting to the studio’s best year ever and the top domestic box office spot among all studios.

Fox also got a big boost from the over-performance of “Gone Girl” and “The Fault in Our Stars,” two of eight films that topped the $100 million mark domestically.

The others, besides the “X-Men” and “Planet of the Apes” sequels, are “The Maze Runner,” “Rio 2” and DreamWorks Animation’s “How to Train Your Dragon 2” and “Mr. Peabody and Sherman.”

“Night at the Museum: The Secret of the Tomb,” which opened on Christmas Day, is at $90 million and counting.

Also Read: How Fox Marketed ‘Gone Girl’ Into a Hit by Keeping Its Secrets

Another four titles are expected to crack $200 million before the end of their theatrical runs (“Gone Girl,” “Penguins of Madagascar,” “Exodus: Gods and Kings” and “Night at the Museum: Secret of the Tomb”).