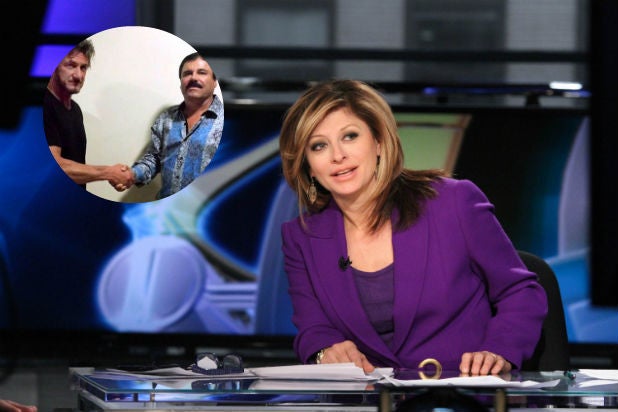 “When I first saw it, I was a little horrified,” the Fox Business News anchor told TheWrap Tuesday in a wide-ranging interview ahead of her moderator gig at Thursday night’s GOP debate. “I was like, ‘What? Oh my God, how crazy of him to do this?'”

She said her first instinct is that Penn was aiding and abetting a criminal. “The guy is a drug lord,” she said. “Authorities were looking for him from Mexico to the United States, and here is this guy going back and forth and meeting with him.”

Bartiromo had second thoughts about the interview once she recognizes the outcome. “The Mexican government basically said Sean Penn‘s meeting with him was actually critical in finding him,” she said. “So, at the end of the day, he helped the process. I guess it was a positive thing.”

Surveillance photos, which surfaced Monday, showed just how close Mexican authorities were to Penn when he traveled to Mexico to meet with El Chapo.

Pictures published in the Mexican newspaper El Universal show the actor wearing sunglasses, a baseball cap and a leather jacket as he strolled through the Guadalajara airport in Mexico ahead of his meeting with the drug lord. According to the paper, the pictures were retrieved from a Mexican government intelligence file.

Sean Penn has been taking heat on multiple fronts for his bombshell interview, which was published one day after Mexican authorities recaptured the Sinaloa cartel boss.

In his article, Penn detailed traveling to Mexico with actress Kate del Castillo to sit down with El Chapo, but not everyone has been impressed with the scoop.

Bartiromo agreed that the interview was outside the norm for the profession. “It was very odd, the whole thing,” she said, “but I guess we’ve seen this behavior from Sean Penn before.”