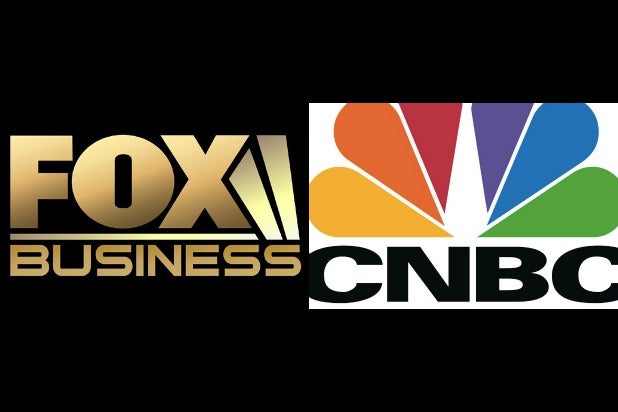 CNBC has lost business day viewers to Fox Business Network for five straight months and its fair to wonder if CNBC’s strategy of targeting affluent viewers during the banking hours of old can still be a successful model in the modern, rapidly changing media landscape.

In addition to the business day victories, FBN has also emerged as the go-to network for financial breaking news. FBN topped CNBC on Wednesday when the Dow passed 21,000, last month when the Dow first surpassed 20,000 and even last summer’s primetime coverage of the Brexit vote.

CNBC is a legacy brand that has dominated the financial television industry since 1989, while Fox Business has only been around for nine years. When examining whether or not Fox Business has surpassed CNBC for good, it depends on whom you ask.

A CNBC spokesman sent TheWrap the following statement when asked for comment: “CNBC is the number one source for Business News and information across all platforms (TV, digital, print) with particular resonance among the nation’s most affluent media consumers and has been for more than two decades (Ipsos Affluent Fall 2016, HHI: $100K+). Worldwide CNBC’s business and general interest money content is far and away the largest, reaching more than 270 million adults per month and growing across all platforms (Global Web Index 4q/16). CNBC’s primetime entertainment, focused on entrepreneurship, small business personal finance and financial freedom, yields the most affluent cable entertainment audience no matter the content (Nielsen).”

Earlier this week, FBN and Bloomberg covered President Trump’s address to Congress, on account of the concentrated economic angle, but CNBC aired “Shark Tank” repeats. Fox Biz beat CNBC in total viewers during the speech, but viewers among the key news demo of adults age 35-54 preferred Mark Cuban over Trump.

While Fox Business is growing, Nielsen indicates that the majority of its audience are fans of big sister, Fox News Channel. There were roughly 4.5 million viewers who watched at least one hour of Fox Business through the first nine weeks of 2017. According to Nielsen, the majority of FBN viewers also watched at least one hour of Fox News over the same time frame, while only 10 percent watched an hour of CNBC.

Depending how you slice it, this could prove that CNBC viewers aren’t switching to FBN or simply that everyone who watches cable news has seen at least an hour of Fox News, as it’s the most-watched network in all of cable.

Fox Business critics often point to the network’s heavy political coverage as the reason why it’s gaining viewers, but the Trump administration is essentially merging the political and business categories, as his office has become a revolving door of CEOs and he can impact the market with a single tweet.

Meanwhile, it’s not like CNBC completely ignores political coverage, as the network recently sent rising star Kayla Tausche to D.C. to cover the White House and has used full screen breaking news graphic that say, “Trump Tweets.” CNBC even had a regular segment on “Squawk Box” dubbed Trump Tuesday, where he would call into the show on a regular basis before announcing his political aspirations.

In the sports world, Fox Sports 1 has recently poached a ton of talent from ESPN with the intention of eventually surpassing the “World Wide Leader.” It is fair to argue that this is a move straight from FBN’s playbook, as Trish Regan, Maria Bartiromo, Charlie Gasparino, Liz Claman, Stuart Varney and Neil Cavuto are all former CNBC staffers who jumped ship.

CNBC dropped Nielsen as its rating agency in 2015 and network executives argue that it does not accurately measure its core audience, which comes in offices and on trading floors.

For years, CNBC has said that Nielsen could not measure its audience because they specifically target viewers who make over $100,000 a year. In a 2014 letter that Nielsen sent to CNBC executives, which was obtained by TheWrap, the company admitted “studies indicate that networks such as CNBC receive a disproportionate share of viewing that takes place outside the home,” and does not measure based on income levels.

While Fox Business continues to be measured by Nielsen, an argument could be made that its business day viewership suffers from the same things as CNBC, as most financial institutions have numerous televisions airing both business stations.

The Cogent Reports Market Summary for Affluent Investors last put out a market summary in the third quarter of 2016, and it found that CNBC reached 25 percent of “Affluent Investors”, ranking it No. 9 among the media properties measured, which includes a broad mix of TV, digital and radio properties. ABC, NBC, CBS, Fox and CNN make up the top five, while Fox Business finished a few spots behind CNBC at fourteenth.

However, during Thursday’s breaking news surrounding the much-anticipated Snapchat IPO, Fox Business beat CNBC in both viewers and the demo, which could prove there has been a changing of the guard when it comes to business news.

Either way, when it comes to eyeballs, the nine-year old FBN is now in the lead.