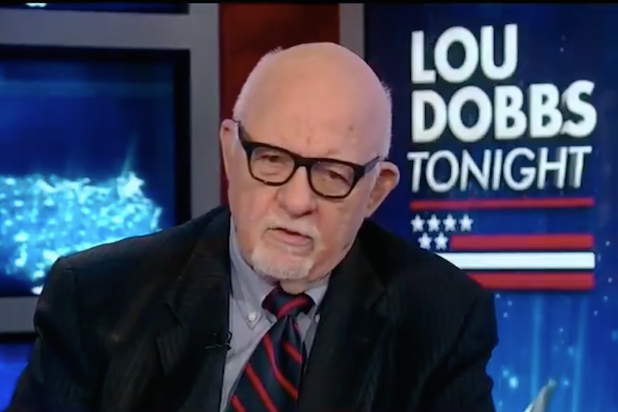 Fox Business Network came in for criticism late Thursday evening after playing edited footage of Nancy Pelosi that appeared to show the Speaker of the House stumbling and stammering over her words during a press conference earlier that day.

“This is a deceptively edited video,” Brooke Binkowski, a former managing editor of the fact-checking website Snopes, said in a tweet.

“Despite what Trump and Fox Business would have you believe, Nancy Pelosi spoke quite clearly during her news conference today,” added Vox’s Aaron Rupar, while sharing a tweet featuring the full unedited Pelosi video.

“She could not put a subject with a predicate in the same sentence,” Jarrett said. “What’s going on?” he asked show regular Ed Rollins.

“I’m 76 years old, she is a couple of years older than I am and we all age a little differently,” Rollins, who is not a doctor and has no formal medical training, replied. “My sense is she has a very big job, I think she’s getting worn down. She was always very neat and very proper. She was very inarticulate — which she has never been in the past — and I think to a certain extent she needs to step into the background and not be out front as much.”

Jarrett then changed course, asking Rollins to speculate about whether Pelosi was “controlled and whipped” by “radical” members of her party (almost certainly alluding to Fox News’ favorite punching bag Rep. Alexandria Ocasio-Cortez.)

The moment may have vanished into the ether were it not picked up by President Trump — who retweeted it to his 60 million+ Twitter followers and even made it his pinned tweet for several hours on Thursday.

“The Fox Business segment featuring clips from Speaker Pelosi’s speech today did not slow down any aspect of her address,” a rep for Fox Business told TheWrap in a statement.

The incident was fueled by a separate doctored video that was circulating on Facebook and Twitter around the same time, which showed a slowed-down Pelosi interview with the Center for American Progress to give the appearance that she was slurring her words.

“One version, posted by the conservative Facebook page Politics WatchDog, had been viewed more than 2 million times by Thursday night, been shared more than 45,000 times, and garnered 23,000 comments with users calling her ‘drunk’ and ‘a babbling mess,'” the Washington Post reported.

The Fox Business statement appears specifically designed to differentiate their video from the doctored one. Still, it was not enough to mollify the critics who were out in force Thursday and into Friday morning, accusing the network of malpractice.

This is a deceptively edited video.

Despite what Trump and Fox Business would have you believe, Nancy Pelosi spoke quite clearly during her news conference today. https://t.co/9PhPouCF6b

Advertisers…. how? How are any of you still running ads on Fox News or Fox Business?

The President of the United States just sent out a doctored video of the Speaker of the House.

With the exception of a lone congressman, not one Republican has, or is going to, lift a finger to stop this madness. There are no patriots left in the leadership of the GOP. https://t.co/SKyZ0c5RGn

This video is different from the slowed and distorted “drunk” one, but it serves the same purpose, by attempting to disparage Speaker Pelosi. It’s also stripped of context, cut and edited so as to make it hugely disorienting, probably by design https://t.co/qUbrMnjaXH

The president of the United States just tweeted out a doctored video of his most senior political opponent, the Democratic speaker of the House, that deviously portrays her as drunk when she wasn't in reality. Be prepared, because 2020 is going to be a whole lot worse than 2016 https://t.co/Heo7sqmRvo