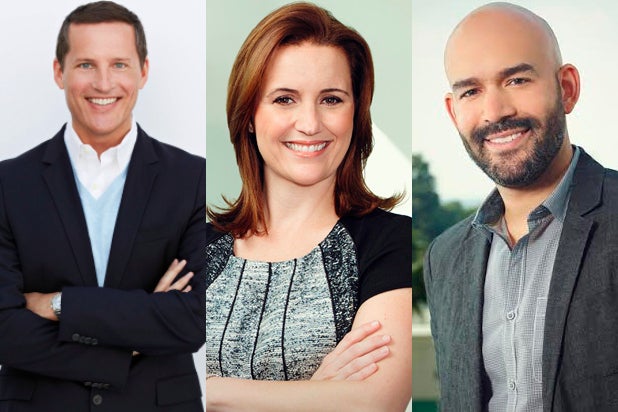 Fox Broadcasting Company is combining and reorganizing its development and programming functions.

“To be a network of the future, we not only need to contemporize the way we do business, but also build the best teams to support that business,” Earley said in a statement. “Combining our development and programming functions allows us to provide more cohesive support to shows — from inception to finale — and forge even deeper, more collaborative relationships with the creative community. Suzanna and Terence are both gifted executives who — in true Fox spirit — aren’t afraid to take big creative swings.”
Also read: Fox’s ‘Cosmos’ Watched by 8.5 Million Across 10 Networks
Carter was previously senior vice president, Drama Development at Fox, where he oversaw the development of network hits, including “Sleepy Hollow.” Makkos served as senior vice president, Comedy Development for Fox, where she cultivated live-action and animated comedies, including “Brooklyn Nine-Nine.” Charlie Andrews was vice president, Drama Development for Fox, where he developed multiple acclaimed series for the network from pitch to air, including “The Following.”
Lauren Levy Neustadter previously served as vice president of Current Programming for Fox, where she helped oversee all aspects of production and served as a primary creative adviser for new and returning series. Samata Narra was vice president of Comedy Development at Fox and was responsible for helping launch new live-action and animated half-hour comedy series.