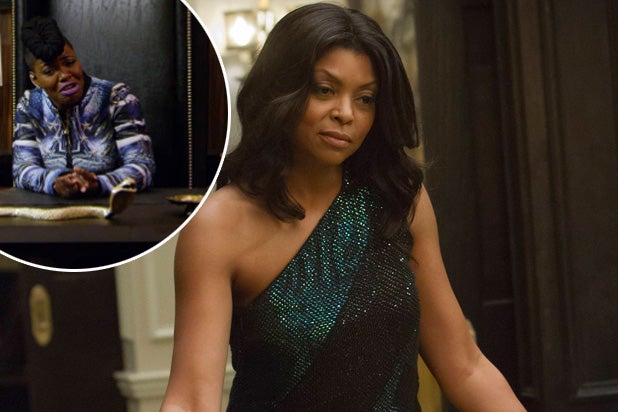 Look out, Porsha is working overtime and wants to spill on Wednesday’s episode of Fox’s “Empire.”

TheWrap has a first look at Ta’Rhonda Jones’ “Empire Remix,” the actress’ weekly rundown of the show’s latest twists.

On the latest installment, Cookie (Taraji P. Henson) is feeling on top of the world. She and Lucious (Terrence P. Howard) finally romantically connected on last week’s episode and she’s ready to spread the love.

Jones starts off the remix after a scene in which Cookie told Lucious he’d have to choose between her and his fiance Anika (Grace Gealey).

Also this week, Cookie tries to reunite her broken family by recording a group song. That means patching things up with her youngest son, Hakeem (Bryshere Y. Gray). But, it also means a face off with Naomi Campbell‘s Camilla, the cougar dating Hakeem.