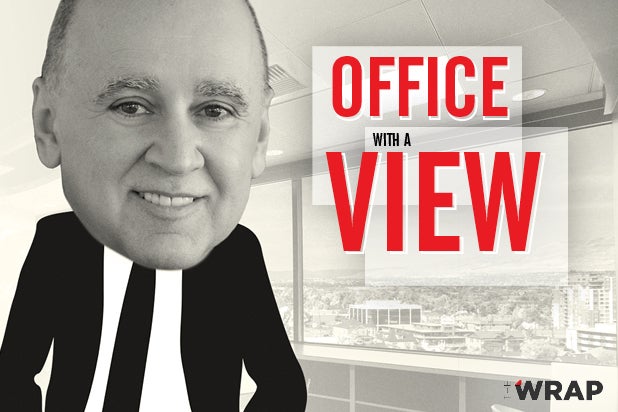 Shortly after Dana Walden and Gary Newman took over Fox Broadcasting last year — adding the network to their duties as longtime bosses of Fox’s television-studio operations — they tapped David Madden to run programming for the network.

Madden was a longtime Dana-and-Gary lieutenant, having run Fox Television Studios, which produced primarily for TV. But he also brought to his new gig a creative background rare among TV executives. He’d worked as a film producer and a production executive at Paramount Pictures, and directed the 1995 Jim Belushi-Linda Hamilton film “Separate Lives.”

In his first season on the job, Madden & Co. struck gold with “Empire,” which drew record ratings. With Season 2 set to premiere Tuesday night, the show’s outsize success speaks to the power of Madden’s new perch — even in the era of streaming services and on-demand viewing.

“Right now, there’s no real replacement for the kind of cultural impact that a genuinely successful broadcast show can make,” Madden, 60, told TheWrap. “I think ‘Empire’ is a really compelling case in point.”

In a new edition of Office With a View, Madden spoke with TheWrap about how Fox will build on “Empire”s’ freshman performance, the future of pilot season, and which show he most wants to steal from another network.

A few weeks ago, John Landgraf over at your cable cousin FX said that there’s too much TV. So I’ll ask you: Is there too much TV?
I only disagree with John at my peril. John is very smart. We’ve all been struggling with the proliferation of shows and how that impacts the talent pool. John was really referencing the audience, and the statistics that he’s quoting are hard to argue with.

But on the other end, when we had the experience that we had this year with “Empire,” it also shows that there is a big, big audience there for these things when you get the right show. I feel like I’m mostly impacted by the number of shows when it comes to trying to find the best writers and the best actors and the best directors for our shows. There’s just such tremendous competition for that that it’s hard for us to land those people.

Is the demand for talent larger than the talent pool is? In the last two months, we saw a bunch of freshman shows fire their showrunners, including Fox’s “The Grinder.” Is there something systemic causing that kind of activity?
There are certainly more opportunities than there are writers. We are actively searching at any given moment for more ideas, for more writers, whether they’re coming from a television background, who have achieved showrunner status or whether they’re just interesting writers who have come out of the feature or theater world. The fact that there are so many networks and digital platforms that are competing for writers’ attention makes our job as a broadcast network more challenging.

What’s your biggest accomplishment since coming to the network?
If I could have sat here a year ago and predicted that we would have the miracle that is “Empire,” and that was clearly a transformative experience for the network earlier this year, but also having launched real successes in “Gotham” and in “Last Man on Earth” and having a slate of shows for the season that I think is really strong — that feels like an accomplishment.

Speaking of the miracle that is “Empire,” how seriously did you consider keeping it at midseason?
Last year, we did a smaller number of episodes. We felt like the success of the show certainly allowed us to make more episodes. We didn’t want to make 22, because that felt like too many. But we all talked long and hard about the number of episodes we could do, and 18 felt like a number that the producers felt enthusiastic about being able to tell and still expanded from what was available to us in Season 1.

In order to get ourselves to 18 episodes and deal with all the production issues, it made sense for us to start in the fall, do a first group of episodes, take a little break to allow production to catch up, then come back in the spring with the second half of the season. And honestly, I don’t mean this to come off in a presumptuous way, but we’re not terribly worried about “Empire” coming back strong. We’ve seen the first five episodes of the season. They’re fantastic.

Lee Daniels talked about a Cookie prequel series at TCA. Is that something you’ve had serious conversations about?
We have had theoretical conversations about a spin-off, but at the most primordial level. We’re right now in the thick of trying to get the season done. There’s probably a time when we’ll know more about that, but I really have nothing to report about that right now.

How has your background coming from the studio and as a producer influenced you as a network executive?
I have sat in a writer’s chair staring at a blank screen. I’ve sat in a director’s chair, trying to figure out how to shoot a scene that wasn’t working. I’ve sat in a producer’s chair trying to figure out how to deal with a group of people who weren’t functioning the way that they need to function. It’s all helpful.

Dana and Gary and I having had the variety of experience that we had prior to coming to the network. It allows us to focus on the kind of issues that talent face and try to make this the most talent-supportive place you can be.

If you could steal a show from another network, which show would you steal?
Personally, I’d probably try to steal “The Walking Dead.” That’s not a very risky comment, given the level of ratings it has. But I am a junkie for that kind of show. I’ve been a fan of it since it launched. It’s a brilliant blend of great character soap and incredibly entertaining horror.