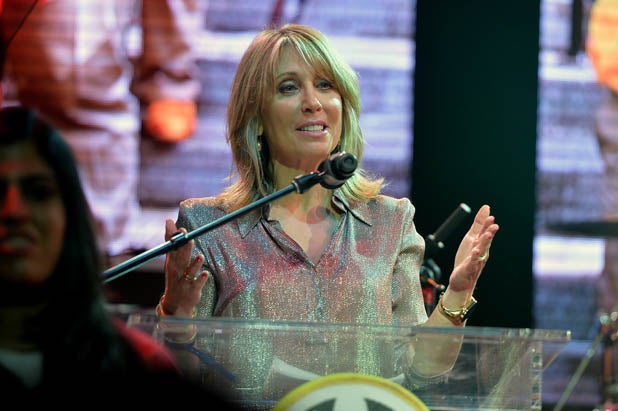 Twentieth Century Fox Chairman Stacey Snider wants everyone to see the upcoming X-Men film “Logan” in a theater. She doesn’t, however, believe we need to wait quite so long to watch it (for a second or third time) at home.

During a Tuesday afternoon keynote conversation at the Code Media conference at the Ritz-Carlton Laguna Niguel in Dana Point, California, Snider acknowledged that the current theatrical window is a little too long, although she underlined her studio’s reliance on the big screen.

“We’re more dependent on our exhibitors than almost any other company,” she said. “We don’t have the same cable assets, we’re not going to be bought by AT&T this week. That theatrical experience really is important.”

However, given how theatrical releases earn their revenue, Snider said there’s an unavoidable logic in shortening the theatrical window.

“Most of the big films, even the blockbusters, have done 90 percent of their business in the first three to four weeks,” she said. “Who is it helping [by] not to offer premium video on demand earlier? Who is it hurting?

“It’s not about smashing the window, maybe it’s about tightening it,” Snider explained. “For a business not to be able to sell what it makes for a period of time is anachronistic.”

Fox, which recently launched a FoxNext division focused on virtual and augmented reality, is at the forefront of all major studios in embracing technology. Snider said hybrid films, which combine “a little live action with a lot of technology,” provide an avenue to take advantage of its technical prowess.

“If we stockpile and pursue with passion stories that lend themselves to that technology, we can keep almost an assembly line process going,” she said. “That will still be artistic but will take advantage of the marvels technology has created.”

Snider also said Fox plans to leverage its technology to create experiences, like the augmented reality “Planet of the Apes” project it debuted at this year’s Consumer Electronics Shows, to keep fans close to their favorite characters during the long period of time between feature films.

“People spent time just immersing themselves in these movies,” she said. “It’s important to offer them this 365-day access to the characters they love. Thus was born the idea of not saying goodbye to our fans during that long stretch of time when we’re developing sequels.”

“He’s going to pop up in places where you don’t expect him,” she said.

Snider acknowledged Disney’s current box office supremacy, but pointed at profane Marvel flick “Deadpool” as an example of something Fox could experiment with that the Mouse House could not.

“They can’t do an R-rated superhero movie,” Snider said. “It would destroy the castle.”