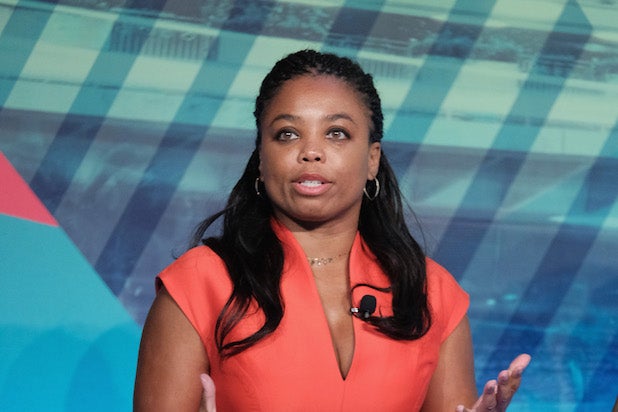 “Fox & Friends” beat a hasty retreat Tuesday after a guest on the program insisted several times that ESPN contributor Jemele Hill was “unemployed.”

“On the show this morning a guest stated Jemele Hill was unemployed. Correction: Hill is currently employed by ESPN,” read a tweet from the program’s official account a few hours after the show wrapped.

On the show this morning a guest stated Jemele Hill was unemployed. Correction: Hill is currently employed by ESPN.

On the program, Fox News regular and Campus Reform editor-in-chief Lawrence Jones, mocked Hill repeatedly stating that she was unemployed as a result of her anti-Trump activism.

“The bottom line is that she is unemployed from hosting her own TV show. This is not something we should be promoting,” said Jones. “Now she’s unemployed. The National Black Associations of Journalists is literally saying now we’re going to applaud unemployment and that’s not something I stand for.”

The cast on the couch did not correct him or offer any pushback. Instead co-host Steve Doocy reminisced about how journalists didn’t used to be activists when he went to J-school.

“When I was in journalism school it was all about just the facts,” he said. “But now apparently journalism looks a lot like activism and sometimes you watch the briefing at the White House, there’s a lot of activists in there.”

You can watch the original disaster here:

Hill did face fallout after tweeting that President Donald Trump was a “white supremacist” back in 2017, most significantly losing her hosting gig on ESPN SportsCenter. She was not, however, fired and ended up as chief correspondent and senior columnist for the ESPN vertical, The Undefeated. Earlier this week she was awarded the Journalist of the Year award from the National Association of Black Journalists.

“Jemele Hill is a gem. She exhibits strength, grace, and doggedness,” NABJ President Sarah Glover said in a press release praising Hill. “NABJ appreciates the courage and steadfastness Jemele has demonstrated as a journalist and commentator speaking truth to power.”