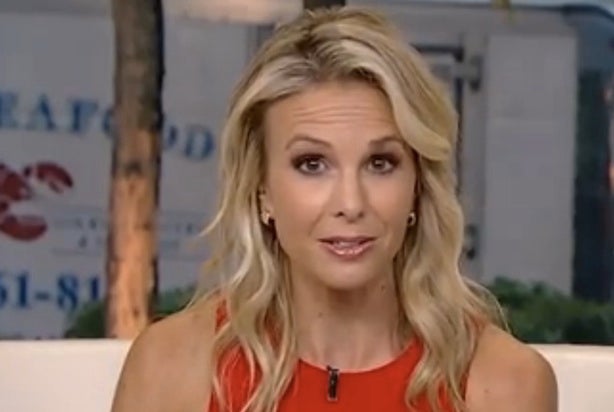 Was the stenographer who started ranting about God during a vote to end the government shutdown on Wednesday the victim of religious persecution?

That was the conclusion of viewers who wrote into “Fox & Friends” on Thursday morning to express their outrage that Dianne Reidy, a reporter with the Office of the Clerk, was pulled away from a microphone by Capitol Hill security personnel after shouting “Do not be deceived. God shall not be mocked. A House divided cannot stand.”

She went on to add that the Constitution was written by Freemasons and atheists before praising Jesus Christ and God.

To the untrained eye, Reidy’s outburst had all the markings of a mental breakdown, but a minister wrote the Fox News morning program arguing that the woman was simply sharing a communique from on high.

“It was not a mental episode,” host Steve Doocy read from the email. “What she was doing was known as an exercise of the gifts of the spirit where she was. She had brought a warning and a message from God.”

It wasn’t just the Lord’s outrage over Obamacare that got “Fox & Friends” viewers riled up, they were upset that guards seized Reidy for sharing her beliefs.

“Amazingly, this religious and obviously a sweet lady gets fed up and speaks her mind, something we all have tried to do,” Doocy read from a second email. “She brings up our dear Lord and she gets a mental evaluation? I think it should be the other way around. And then this person goes on to list the people who should be checked out.”

Doocy’s co-host Elisabeth Hasselbeck expressed some sympathy for this interpretation, saying, “We’ve had incidents in the past, which certainly required some security measures to be taken and we’re thankful for those. But who knows? Maybe she just saw something that didn’t seem right and mounting frustrations and tensions brought it out of her.”

But Brian Kilmeade, the other member of the coffee chat club, wasn’t having it.

“She got behind the speaker’s chair and started screaming in the middle of a vote. You do have to pull her away,” he said.