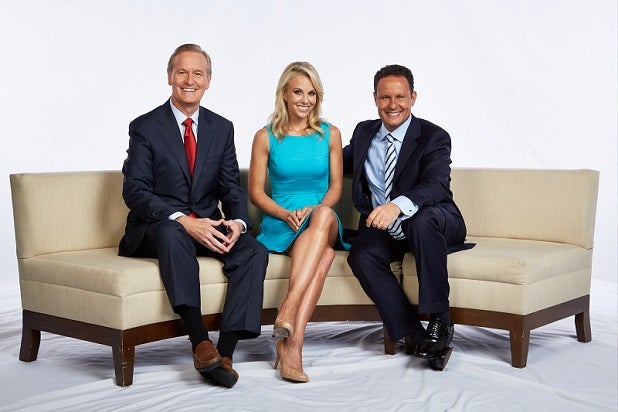 A month into Elisabeth Hasselbeck’s tenure on Fox News Channel’s “Fox & Friends,”  the morning show has enjoyed a double-digit ratings growth spurt, according to Nielsen.

In the first four weeks since Hasselbeck — who came to the show from the daytime talk series “The View” — came aboard in September, “Fox & Friends” has climbed 16 percent in total viewers compared to its average for the third quarter of 2013, and 22 percent in the key 25-54 news demo.

For Hasselbeck’s first four weeks on the show, “Fox & Friends” averaged 1.226 million total viewers, up from the 1.058 that the show averaged for the third quarter of the year.

By comparison, CNN’s morning show “New Day” averaged 300,000 total viewers with 107,000 in the demo — down 3 percent in both categories compared to the third-quarter averages.