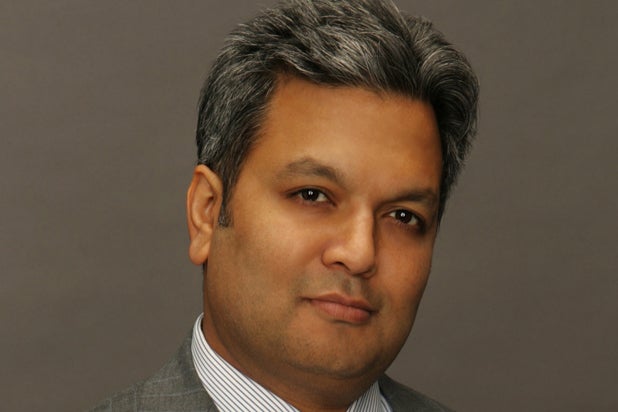 Salil Mehta has been tapped as the man to lead Fox into the virtual reality age, as he has been named president of newly-created division FoxNext, which will oversee video gaming, location-based entertainment, virtual and augmented reality productions for the studio.

FoxNext came out of the Fox Innovation Lab, which developed a VR experience for “The Martian” last year, and unveiled a “Planet of the Apes” virtual reality and “Alien” augmented reality experiences at this year’s Consumer Electronics Show in Las Vegas. The division will be in charge of production of new VR experiences tied to studio franchises, like the “Martian” and “Planet of the Apes” projects, as well as video games and theme parks, including 20th Century Fox World in Malaysia.

“We’re excited by the power of new technologies to drive the art of storytelling forward and we know we’ve only scratched the surface,” Rice said in a statement. “Salil brings a strategic business vision and a deep understanding of new technologies allowing us to expand our creative capabilities.”

“Extending our storytelling to new platforms in new ways is a constant focus for us as we look to build more touch points with consumers every day,” Snider continued. “Building on the momentum we’ve already seen in this area via the Fox Innovation Lab, FoxNext represents a natural next step in defining our long-term vision in this arena, and Salil is quite simply the perfect executive to build this group into what we know will be an industry leader.”

Before joining Fox in 2013, Mehta served in numerous senior executive roles at NBCUniversal, most recently as chief operating officer of the division that included cable channels Bravo, Oxygen and Style, Spanish-language network Telemundo and digital properties including Fandango and Daily Candy. Mehta worked for 14 years at Disney prior to his time at NBCUniversal.