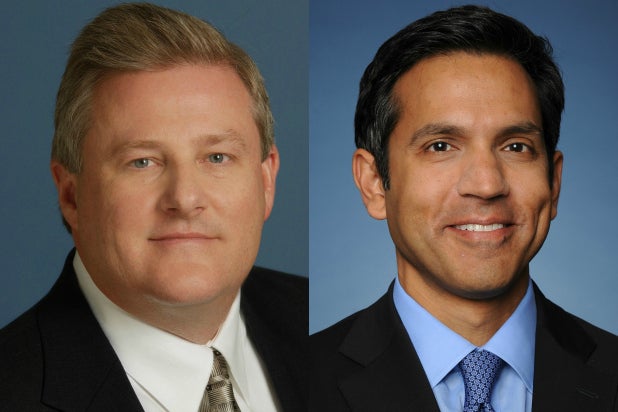 Fox Networks Group announced Monday that its longtime CFO Del Mayberry is set to retire after more than three decades with the company.

Ravi Ahuja, who currently serves as the company’s executive vice president, Business Operations and Development, will succeed him.

Ahuja came to Fox from Virgin Entertainment Group where he was CFO. Prior to joining Virgin, he was an Associate at McKinsey & Company in New York and Los Angeles.

The Wharton MCA alum is currently on the boards of Roku and YES Network and has also served on the LA Mayor’s Council on Innovation and Industry.

Mayberry came to Fox in 1983 and moved up through the ranks to become senior vice president and chief financial officer for Fox Broadcasting Company in 1998. He was promoted to executive vice president and CFO for the Fox Networks Group in 2002.

“We thank Del for his many lasting contributions to the company and will miss him greatly,” said FNG Chairman and CEO Peter Rice in a statement. “He has shepherded much of our successful M&A activity, especially in the non-linear space, and he is an ideal fit for this position.”

“We are deeply grateful for Del’s advice and counsel over his long tenure at Fox and wish him every success in the future,” company COORandy Freer said. “Del leaves very big shoes to fill but Ravi is ideally suited to his new role. He has done an exceptional job running our business development and has a proven track record in financial management and corporate strategy that perfectly fits the needs of our television portfolio at a time of seismic change for our industry.”