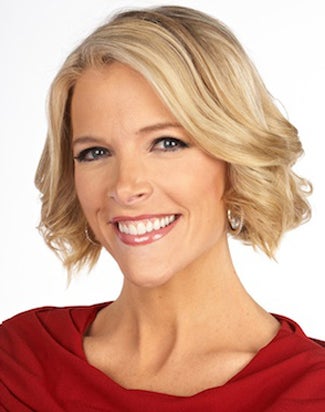 Megyn Kelly’s primetime Fox News debut will be in the 9 p.m. timeslot for her new show “The Kelly File,” the channel announced on Tuesday.

Curiosity over where Kelly would end up in Fox News’ primetime lineup began as soon as the network announced she would leave her spot at “America Live” in July.

“In 2003, I was an unhappy lawyer, and made a decision to change my life,” Kelly said. “Ten years later, I’ve been able to do that thanks in large part to Roger Ailes, a boss who always gives me the same directive: ‘Be yourself and have fun.’ What a great job. I am very grateful.”

“The Kelly File” will be a mix of live breaking news reports and more in-depth investigative pieces, the network said, adding that it would take advantage of Kelly’s experience as a litigator and embrace a stronger social media presence.

Sean Hannity, whose “Hannity” currently inhabits the 9 p.m. timeslot, will move 10 p.m., while Greta Van Susteren’s “On the Record” will move from 10 p.m. to 7, in the timeslot previously occupied by “Fox Report With Shepard Smith.”

Smith will keep his 3 p.m. timeslot with a new show “Shepard Smith Reporting” and become the managing editor of Fox New’s new breaking news division, a role he told TheWrap he was “really excited” to take on.

Hannity and Van Susteren both said they welcomed their new timeslots.

“I am very happy to be moving to 10 p.m.,” Hannity said. “The ability to be live or on tape greatly increases the flexibility of the show and offers me, after 17 years, the opportunity to be home at night with my family.”

Van Susteren said she would take advantage of the earlier workday: “After 11 and a half years number one at 10 p.m. and driving home near midnight, I am ‘to the moon thrilled’ at a new challenge (and a new drive! Half the year I won’t even need headlights!).”

“Fox News already redefined primetime viewing to extend well beyond the antiquated 8-11 p.m. format,” chairman and CEO Roger Ailes said in a statement. “We’ve developed a deep bench of engaging and thought-provoking personalities that have grown with Fox News as it has evolved into the most influential and successful cable network in television.”

The new schedule will debut on Oct. 7, which also marks the network’s 17th anniversary.