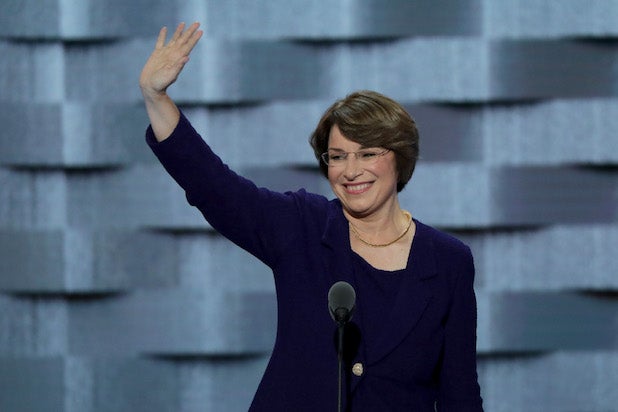 Fox News announced Wednesday that the network would host a town hall with 2020 Democratic presidential candidate Sen. Amy Klobuchar on May 8.

The one-hour event, to be moderated by Fox News anchor Bret Baier and Martha MacCallum, will air at 6:30 p.m. ET and take place in Milwaukee, Wisconsin.

Klobuchar is the second Democratic challenger to face off on President Donald Trump’s favorite network. On Monday, the channel hosted a town hall with Vermont Sen. Bernie Sanders, the current front-runner in the crowded Democratic field. The event came in for praise across the political spectrum and drew a television audience of nearly 2.6 million viewers.

Fox News also hosted a town hall with Starbucks billionaire Howard Schultz earlier this month. Schultz has teased a third party run as a centrist, though his campaign has so far failed to gain traction.

“Fox News Channel continues to produce highly informative and respectful town hall events, delivering record viewership and providing a platform to all candidates,” network president Jay Wallace said in a statement Wednesday. “We are incredibly proud of the entire team and look forward to hosting Senator Klobuchar for our next town hall.”

The Sanders town hall was by far the most watched of the election cycle so far and came at a critical moment for Fox News, which is currently being shut out from hosting any 2020 Democratic primaries by the Democratic National Committee.

DNC chief Tom Perez said in a statement last month that a New Yorker piece documenting the network’s closeness with President Trump “led me to conclude that the network is not in a position to host a fair and neutral debate for our candidates.”

In a statement, a Fox News spokesperson urged the DNC to reconsider.