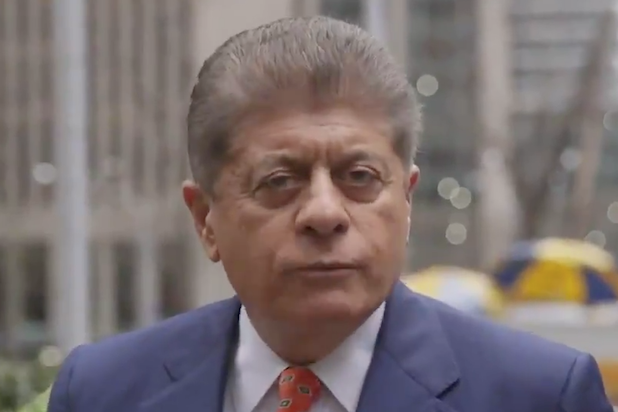 Fox News senior judicial analyst Judge Andrew Napolitano laced into Jared Kushner on Tuesday during an appearance on the Fox Business program “Kennedy,” saying the presidential adviser (and Trump’s son-in-law) had been “disingenuous and deceptive” during his remarks about Russia earlier in the day.

“Kushner’s efforts to diminish Russian interference is both disingenuous and deceptive,” Napolitano said. “The attack on our democracy involved much more than the purchase of Facebook ads.”

During an interview at the Time 100 summit, Kushner dismissed the Mueller Report and moved to minimize Russian efforts to meddle in the 2016 election as “a couple of Facebook ads.” Kushner also said the effects of the Mueller Report were “more harmful” than the actual extent of Russia’s involvement in the election.

In his Tuesday monologue, Napolitano went on to list all the transgressions Russia is known to have committed and at times sounded more like Rachel Maddow than a longtime Fox News stalwart.

From the Mueller Report, we know Russians made contact with multiple members of the Trump campaign, attempting to change American policies and promote Russia objectives. They repeatedly received campaign polling data from a member of Trump team. They discussed possible business deals, policy goals and getting dirt on Hillary Clinton. They conducted cyber-espionage, stealing emails and distributing them to help candidate Trump and hurt Hillary. They sent Russian operatives to America to learn the landscape and generally sew division in America. They broke into state and local election computers. They invaded our nation in both the cyber and physical world.  Some have been indicted, many more were not. The Russians are still at it.

“So was the ensuing investigation truly worse for the nation than all the illegal and shady stuff I just listed?” Napolitano concluded.

Though President Trump is a longtime fan of the Judge — there was even speculation of a possible Supreme Court appointment — Napolitano has emerged as a sharp critic of Trump during the latter months of the Mueller probe. During an episode of his Fox Nation show last week, Napolitano said the evidence presented in the Mueller Report “might be enough to prosecute” the billionaire.

“Depending on how you look at them, there might be enough to prosecute, but the attorney general has decided it’s not enough to prosecute,” Napolitano said during a monologue on the series “Judge Napolitano’s Chambers.” “But it did show a venal, amoral, deceptive Donald Trump, instructing his aides to lie and willing to help them do so. That’s not good in the president of the United States.”