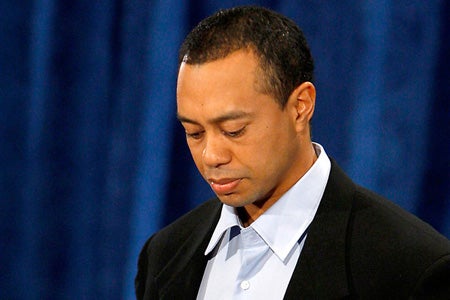 This is pretty surprising: more people watched the Tiger Woods press conference on the Fox News Channel than ESPN or any other cable channel.

Tiger’s robotic apology gave all the major cable nets a bump on Friday, but the Golf Channel might’ve gotten the biggest in all of cable. During Woods’ speech, the network had 741,000 total viewers. At that time of the day, it usually averages about 35,000.