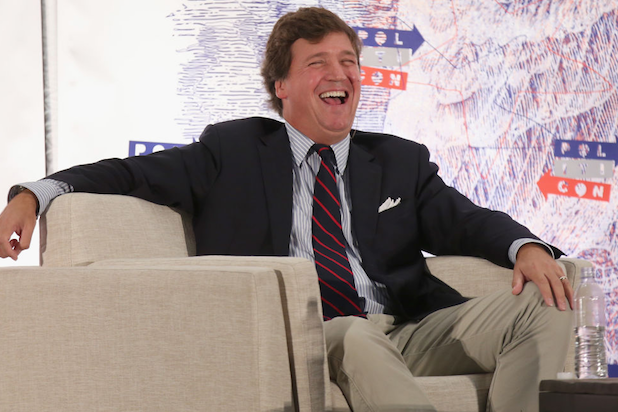 Fox News has twice as many stories in top 10,000 as the New York Times

Even as conservatives grow increasingly skeptical of Silicon Valley, Facebook appears to be a paradise for right-leaning news outlets, with Fox News dominating the social network’s most popular stories so far this year.

Fox News accounts for 438 of the top 10,000 English-language stories on Facebook through early March 2019, more than any other publisher, according to a report from social media tracking firm NewsWhip.

The rest of the top 20 is largely made up of legacy media outlets like The New York Times, The Washington Post and CNN, as well newer outlets like LADBible that have “succeeded in going digital.” Breitbart.com, the only other right-leaning outlet in the top 20, grabbed the 13th spot.

Also Read: Why Does Media Matters Only Seem to Target Fox News Stars Like Tucker Carlson? 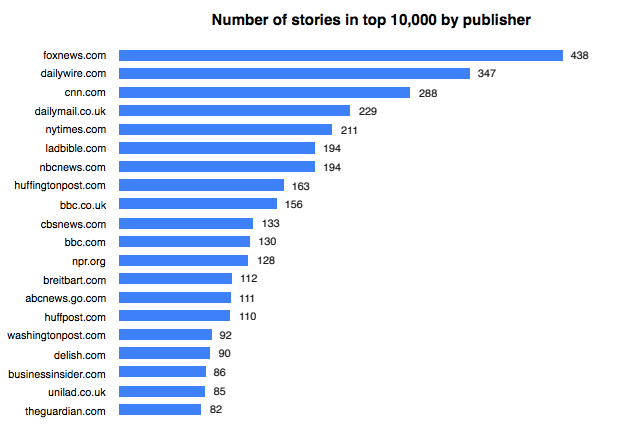 Taking an even closer look, it’s easy to see why Fox News and other news outlets are racking up the shares. Political stories are the dominant genre on Facebook, making up 36 percent of the top 100 stories in 2019.

The second most popular stories are “soft or viral” stories, “normally something quirky involving parenting or animals,” according to NewsWhip. The third most popular stories are death announcements and obituaries, accounting for 11 of the top 100 stories. (TMZ’s post on “Beverly Hills, 90210” star Luke Perry’s death has been the most engaged story of 2019, with 3.5 million interactions.)

Fox News’ success comes after many fringe right-wing voices have been kicked off social media in the last year. Perhaps most notoriously, digital conspiracy theorist Alex Jones was banned from Facebook, YouTube and Twitter last summer for inflammatory comments — something that led to a steep decline in traffic to Jones’ InfoWars.com website.

President Trump added to the chorus blasting Silicon Valley late last year, saying that Facebook, Google and Twitter were “biased” and “in favor of Democrats.”

Interestingly, Facebook’s Angry reaction icon received little use, with less than 3 percent of Facebook’s top 10,000 posts receiving an Angry, Wow or Sad reaction, according to NewsWhip. Still, when it comes to headlines that make readers upset, Fox News grabbed the top spot, too, with 6.8 million Angry reactions so this year — nearly 70 percent more than Breitbart, the next closest outlet. Ben Shapiro’s personal Facebook page generated the third most Angry reactions: 3 million between January and early March. 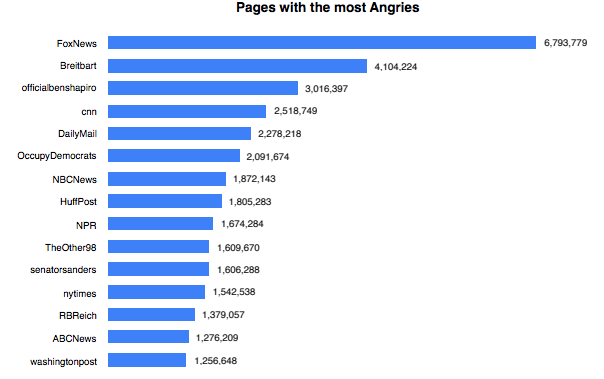 Angry reactions make up a small percentage of Facebook’s top 10,000 stories — but conservative outlets like Fox News and Breitbart have racked up the most so far in 2019 (via NewsWhip)

More than a year after Facebook chief Mark Zuckerberg said the company would put more of an emphasis on “time well spent” — a term popularized by tech ethicist and former Google engineer Tristan Harris — the social network’s most popular stories continue to revolve around hot-button issues like abortion, religion and outright hoaxes.

One example: The fifth most commented story of 2019 so far, with 457,000 comments, is an erroneous story proclaiming “Henry Winkler Dead at 77 – A Huge Trump Supporter and Lifelong Gun Lover” from ConservativeTears.com.