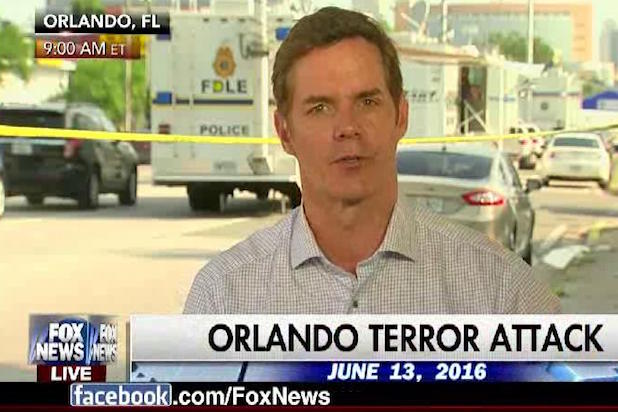 Despite his unfortunately extensive experience in mass shootings, Fox News Channel’s Bill Hemmer says the picture remains unclear in the Orlando nightclub siege for several reasons, including an unusual lack of transparency by law enforcement.

“I was at Fort Hood, I was in Boston, I was in Paris, I was at Sandy Hook and I was in Orlando, so I’ve been to a lot of these, the “America’s Newsroom” co-host told TheWrap. “Normally you get the authorities in a pattern where they would brief, let’s say every three hours. Sometimes they’d come out and just give a little bit of information and then take some questions. That did not happen here and I don’t know why.”

Hemmer noted that since Monday’s briefing by the FBI there has been very little information from law enforcement aside from a hospital briefing on Tuesday.

Also Read: Orlando Shooter Checked If He Was Trending on Facebook During Attack

“That has been a significant difference as a reporter trying to cover a story of this magnitude,” he said, adding that he hasn’t gotten an explanation yet for the lack of access.

“[Gunman Omar Mateen] calls 9-1-1 to get attention and take credit? And pledges allegiance to the ISIS leaders? And he’s tied to this suicide bomber who was from Florida — and, apparently, they had a much closer relationship than we had known before — who blew himself up in Syria,” Hemmer said.

“I find the motivation here confounding … I think as Americans, we deserve to know the answers.”

One difference between the Orlando massacre and other mass shootings Hemmer has covered is that the LGBT angle combined with the lack of media access makes finding those answers extraordinarily difficult. He observed that FBI director James Comey demonstrated exactly how conflicted the killer was when he detailed Mateen’s sympathies with both Sunnis and Shiites.

Also Read: After Orlando, Gays Take Aim at Guns: 'The NRA Should Be Very Worried'

“That doesn’t fit the pattern when they look at ISIS terrorists,” Hemmer said. “That’s just one consideration. I think the consideration that it was a gay nightclub has [also] certainly struck a cord. I mean, that’s a story about American culture.”

Hemmer says speculation that the killer was gay himself only adds to the layers of mystery surrounding the tragic event. He still has a ton of questions about the killer’s wife, father and why Mateen was taken off FBI watch lists.

Even when we do figure out the story, the journey Orlando will take toward healing is just beginning.

“As reporters, we have the benefit of leaving. We can get on an airplane and fly out once the headlines evaporate. But the communities, and the victims, and the families of the victims have this awesome, personal human burden of figuring out life when the cameras are gone,” Hemmer said.