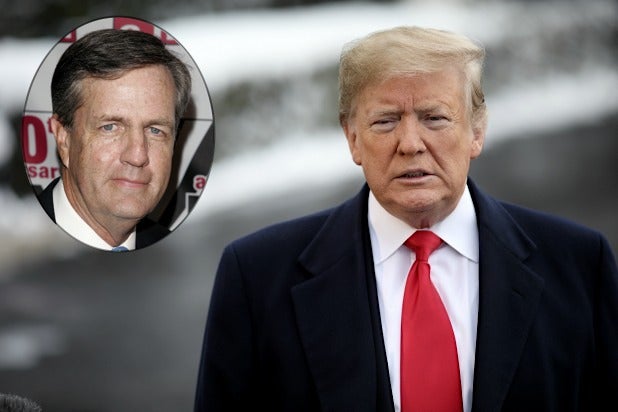 Fox News senior political analyst Brit Hume had a few choice words for Donald Trump after the president called out the network on Sunday for hosting a town hall with Democratic presidential hopeful and South Bend, Indiana, Mayor Pete Buttigieg.

“Say this for Buttigieg. He’s willing to be questioned by Chris Wallace, something you’ve barely done since you’ve been president,” Hume tweeted. “Oh, and covering candidates of both parties is part of the job of a news channel.”

Hume, a former ABC White House correspondent who joined Fox News in 1996, also linked to a Trump tweet from earlier on Sunday, when the president said he found it “hard to believe that Fox News is wasting airtime on Mayor Pete.”

“Fox is moving more and more to the losing (wrong) side in covering the Dems. They got dumped from the Democrats boring debates, and they just want in,” Trump wrote.

In a follow-up tweet, Trump complained that Fox News’ anchor and town hall moderator had praised Buttigieg by saying, “I actually think, whether you like his opinions or not, that Mayor Pete has a lot of substance…fascinating biography.”

The president further groused: “Gee, he never speaks well of me – I like Mike Wallace better,” he wrote referring to Chris Wallace’s father, the former “60 Minutes” personality who died in 2012.

Trump concluded by reviving his nickname for Buttigieg: “Alfred E. Newman will never be President!”

But if Trump was upset with Hume, all was soon forgiven. Because just hours later, Trump retweeted a later message from Hume that the details of the Mueller investigation that boosted Trump’s position “is lost on so many in the media.”

Trump is known for turning to Fox News for a sympathetic ear from the network’s hosts and pundits, who usually oblige. In recent months, however, a few have clapped back, such as Chris Wallace, who said Attorney General William Barr is “protecting this president and advocating” for his interests.