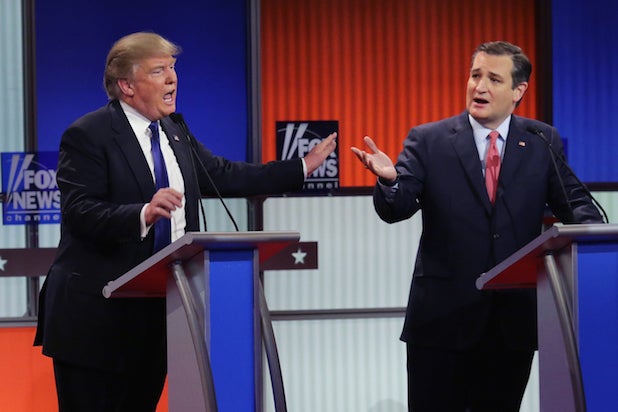 Fox News has canceled its upcoming GOP debate scheduled for Monday after both Donald Trump and John Kasich announced they would not be participating.

“This morning, Donald Trump announced he would not be participating in the debate,” said the network’s EVP of News, Michael Clemente on Wednesday. “Shortly afterward, John Kasich’s campaign announced that without Trump at the debate, Kasich would not participate. Ted Cruz has expressed a willingness to debate Trump or Kasich — or both. But obviously, there needs to be more than one participant. So the Salt Lake City debate is cancelled.”

There was some confusion as to what Fox News would do with only one debater left, a conundrum further exacerbated by the fact that the network was slow to announce its cancelation.

A source close to the situation told TheWrap the reason the network didn’t release its statement immediately was because Clemente was still “trying to resurrect” the event. But to no avail. As the source told TheWrap, “It’s done.”

Following Trump’s announcement Wednesday morning that he would be skipping the debate, Kasich’s chief campaign strategist, John Weaver, released a statement saying that the Ohio governor wouldn’t be showing up either.

Trump’s decision to skip the debate came after the real estate developer called debate moderator and Fox News host Megyn Kelly “crazy” and “unwatchable” via Twitter. “I won’t be there, no,” Trump announced during “Fox & Friends” via telephone. “I thought the last debate on CNN was the last debate was going to be in.”