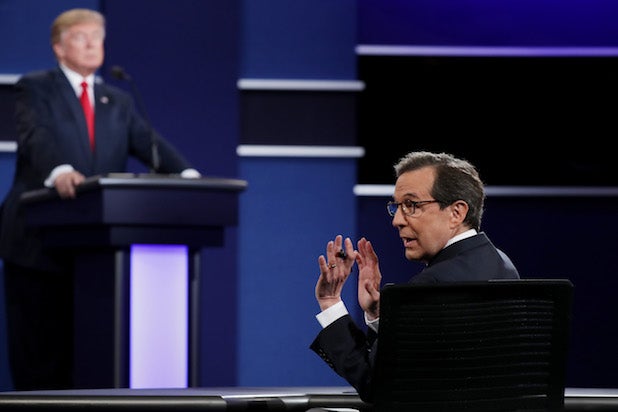 President-elect Donald Trump will sit down with Chris Wallace this weekend for an exclusive interview on “Fox News Sunday.”

The interview, which will air on Sunday, Dec. 11, is Fox News’ first extensive interview with Trump since Election Day.

Wallace plans to ask Trump about his cabinet announcements, including the position of Secretary of State, his plans for his first 100 days in office and the relationship he expects to have with the media moving forward.

“Fox News Sunday” will also go behind-the-scenes with Trump on the road, including a tour of Trump Force One. The episode will also feature exclusive access with the Trump transition team.

Wallace received widespread praise for the way he handled moderating duties for the final presidential debate between Trump and Hillary Clinton. He was widely considered the best moderator of the general election debates and also landed the first interview with Hillary Clinton following last summer’s Democratic Convention.

Earlier on Wednesday,  Trump was named Time magazine’s Person of the Year. He also called in to NBC’s “Today” show to discuss the honor with Matt Lauer.

“It’s a great honor. It means a lot, especially me growing up reading Time magazine, it’s a very important magazine and I’ve been lucky enough to be on the cover many times … I consider this a very, very great honor,” Trump said.

Fox News Sunday airs on Fox broadcast at various times based on market, but is replayed at 2 p.m. ET and 10 p.m. ET on Fox News Channel.