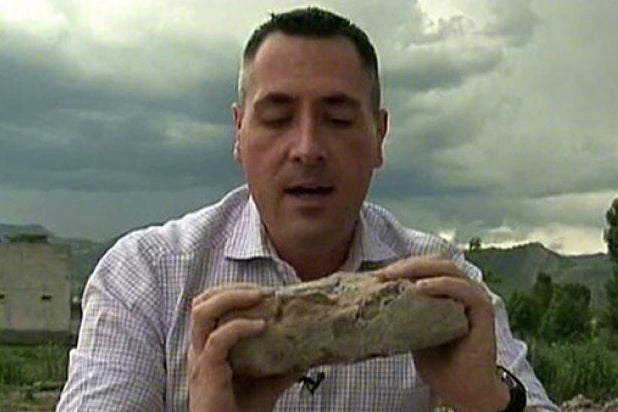 A coroner in Jefferson County, Colorado, where Di-Natale owned property, announced he committed suicide. Officials found his body after being contacted by a friend of Di-Natale’s concerned over his state of mind.

“We were extremely saddened to learn of Dominic’s passing and send our deepest condolences to his family and friends,” a Fox News spokesperson said. “He was an esteemed journalist and an integral part of our news coverage throughout the Middle East.”

FoxNews.com reported on the veteran correspondent’s death and career.

Di-Natale, 43, a versatile reporter comfortable at the keyboard or in front of the camera, began his career as a magazine writer in Portugal in 1989, making a name for himself with his fearless coverage of the European drug trade. He returned to the United Kingdom in 1995, where he did freelance work for several national newspapers before taking a position as correspondent for BBC World, working out of Brussels, Dubai, Frankfurt, London and New York.

I watched this video – breaks my heart http://t.co/UIvBdfuZhl Dominic was a good guy

Di-Natale was no longer with Fox News at the time of his death. He last appeared on November 30th.