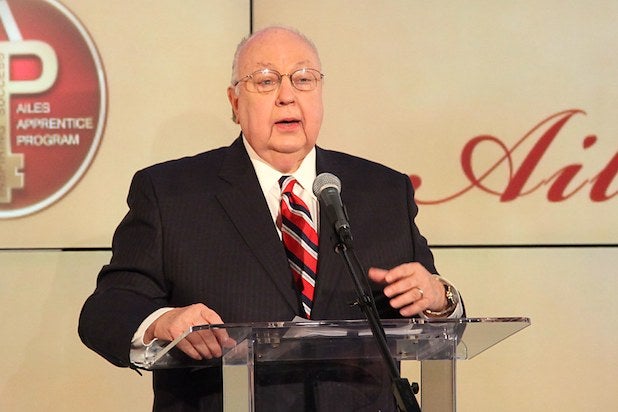 The Fox News Channel is denying a number of unflattering allegations made about Roger Ailes in “The Loudest Voice in the Room,” an upcoming biography that cites sexist, racist and volatile behavior by the president of the network.

“These charges are false,” a Fox News spokeswoman told the New York Times. “While we have not read the book, the only reality here is that Gabe was not provided any direct access to Roger Ailes and the book was never fact-checked with Fox News.”

According to the Times’ review of Gabriel Sherman’s 560-page book detailing Ailes’s life and career, television producer Randi Harrison accuses the powerful TV executive of offering her an additional $100 a week while negotiating a salary at NBC in the 1980s if she agreed to have sex with him, whenever he wanted it.

Another account described in the book revolves around a 1995 power struggle between Ailes and fellow NBC executive at the time, David Zaslav, who is now the chief executive of Discovery.

“Let’s kill the S.O.B.,” Sherman writes that Ailes told companions at a dinner. In a separate incident, Sherman says Ailes unleashed a vulgar, anti-Semetic slur at Zaslav during a meeting.

Also read: Roger Ailes’ Soledad O’Brien Dig: She Was ‘Named After a Prison’

Zaslav himself, however, denied the incident directly to the Times.

“We fought with each other and we fought with a lot of other people,” Zaslav told the paper. “But this allegation is false.”

Sherman, a New York magazine contributing editor who interviewed 614 people about their encounters with Ailes for the book, writes Ailes also criticized his own network’s on-air talent. He reportedly called Bill O’Reilly “a book salesman with a TV show” and Brian Kilmeade, a peppy Fox host, “a soccer coach from Long Island.”

“I consider Roger Ailes to be one of the most fascinating, consequential figures in contemporary American life,” Sherman told the Times. “I wrote this book to shed light on the full scope of his talents and power, which have found their fullest expression at Fox News.”