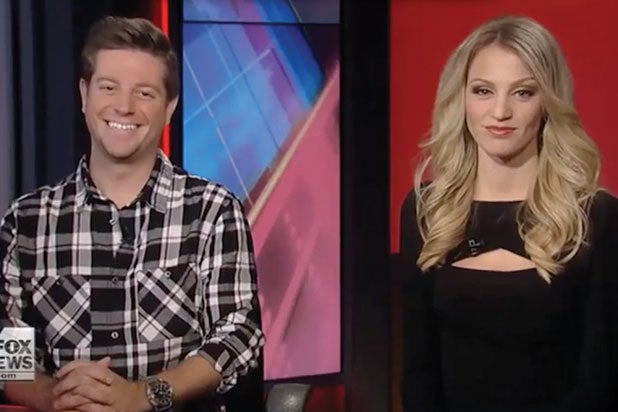 “Star Wars” fans around the world are excited for “The Force Awakens,” but Fox News can’t understand why.

“Your World with Neil Cavuto” host Neil Cavuto sat down with “Star Wars” super fan Mike Gunzelman and guest Carley Shimkus, who seemed to have a great dislike towards the franchise. Cavuto tried to figure out what the hype was all about, with fans flocking to movie ticketing sites two months in advance and crashing Fandango.

“Not only is it overrated, it’s also oversaturated … it’s all ‘Star Wars,'” said Shimkus. “It’s unbelievable how much attention this movie is getting.”

While Shimkus only had negative things to say, Gunzelman stood by his opinion and told the two haters why the seventh film in the franchise is gaining so much momentum.

Cavuto criticized the trailer, stating that it “didn’t look like they upgraded much,” which was echoed by Shimkus who went on to slam the franchise even more.

“A big criticism is the writing is terrible, and the story line has been done before,” she said.

Cavuto ended the discussion by noting that since his company, Fox, is no longer involved with the franchise, he could care less about the future of it.

“But again, I’m not really into this whole thing, especially when I found out Fox has nothing to do with it,” he said.