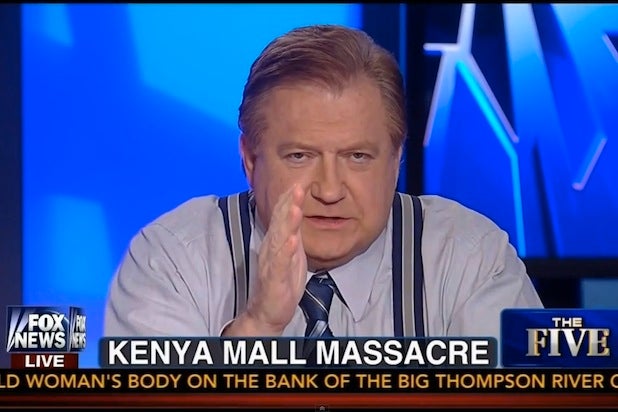 Bob Beckel will not return to Fox News as the Democratic co-host of “The Five,” it was revealed on Thursday.

“We tried to work with Bob for months, but we couldn’t hold ‘The Five’ hostage to one man’s personal issues,” Fox News executive Bill Shine said in a statement. “He took tremendous advantage of our generosity, empathy and goodwill and we simply came to the end of the road with him.”

Beckel hasn’t been seen on the air since Feb. 16 and it was later announced that he had undergone back surgery. Shortly after, he went to rehab for an addiction to pain medication.

He had been with Fox News since 2000 as a contributor and signed on as a co-host in 2011. In addition to “The Five,” Beckel appeared as a panelist on “Hannity” and served as the liberal commentator in a number of panel discussions throughout the network’s daytime news broadcasts.

Last year Beckel stirred up trouble when he referred to “the Chinamen” as the biggest threat to U.S. security, and said students from Muslim countries should not receive visas after the Boston Marathon bombing. He also had a habit of cursing and giving the middle finger to his conservative co-hosts while on the air.