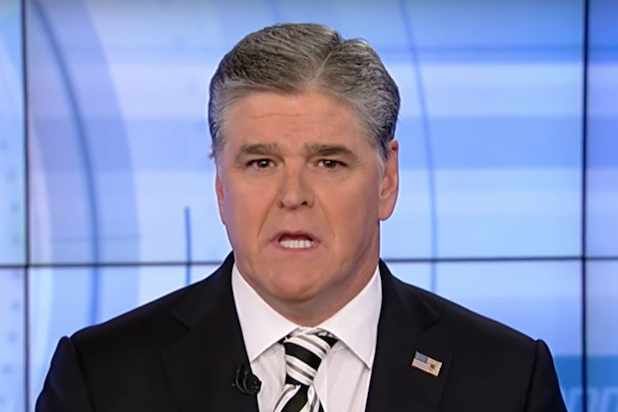 Fox News employees are divided over the news that Sean Hannity had been named as a client of Donald Trump personal attorney Michael Cohen even as the primetime star downplayed the nature of their professional connection — with one staffer calling the story “a nothing burger” and another suggesting the host may have violated company guidelines.

“I’m f—ing livid,” one senior channel staffer told TheWrap Wednesday over Hannity’s failure to disclose the relationship in his on-air discussions about Cohen, who has been at the center of many a news story in recent months. The staffer also voiced disappointment that the network has not sent any communication to employees over the issue.

“We’re left to reading press reports to find out what’s going on, what the company knew about this potential conflict of interest and what it is doing to investigate Sean Hannity’s public claims,” the staffer said.

The same individual also said Hannity’s conduct appeared to be in violation of acceptable behavior found within Fox News employee handbook, which reads in part:

“Conflicts between your private interests and the legitimate business interests of this Company generally arise when your personal interests or affiliations run counter to your responsibilities at work … You should not improperly use your position or resources of the Company in order to benefit yourself, your relatives, your friends or other businesses.”

Both Fox News and 21st Century Fox did not immediately respond to inquiries over whether Hannity had run afoul of company rules.

Other Fox News employees met the Hannity disclosure with a shrug. “Do I care personally? F— no,” one on-air talent told TheWrap. “Sean Hannity is still the No. 1 player in all of Fox shows. This isn’t such an egregious act that he would be fired. He’s not a journalist.”

“If this was something really serious, if they go in and find out something else — if there was a payment or something salacious or borderline illegal — I think that’s when it becomes a very, very big deal,” the individual added.

“A lot of the talk in the newsroom was kind of like poking fun at CNN’s complete obsession [with the story],” a third network staffer told TheWrap, adding that Fox News overseer Rupert Murdoch seemed unlikely to discipline its top star especially with another primetime host, Laura Ingraham, enduring an advertiser boycott over a tweet about high school anti-gun-violence activist David Hogg.

“There was talk that [Rupert] Murdoch didn’t like the way the Laura Ingraham situation was handled,” the staffer said. “Murdoch likes to be tough. When I heard that, I assumed Hannity was going to get a pass.”

On Tuesday, Fox News issued a statement that the company had been “surprised” by Hannity’s “informal relationship” with Cohen but that “he continues to have our full support.”

Still, Hannity has faced heat from some colleagues, including network analyst Alan Dershowitz, who handed Hannity a public rebuke on his Hannity’s own show Monday evening.

“I do want to say that I really think that you should have disclosed your relationship with Cohen when you talked about him on this show,” the Harvard law professor chided. “You could have said just that you had asked him for advice or whatever, but I think it would have been much, much better had you disclosed that relationship.”

Cohen has served as Donald Trump’s attorney fixer for a decade and according to the disclosure in federal court Monday also represented two other clients, Sean Hannity and former Republican National Committee Finance Chairman Elliott Broidy.

While Hannity has insisted his consultations with Cohen were limited and confined to real estate matters, the Trump attorney was directly involved in facilitating cash payments to women who have accused both Trump and Broidy of sexual affairs.