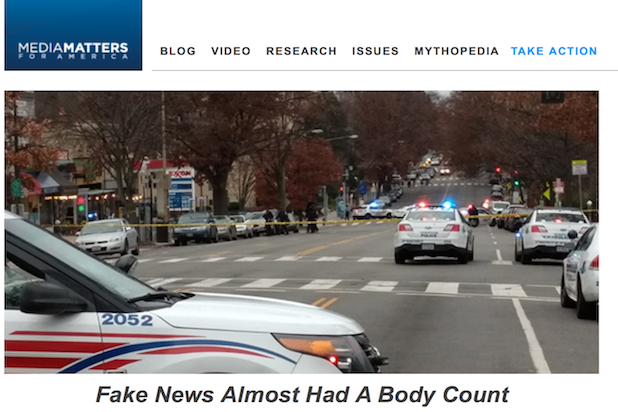 Media Matters is a liberal media-watchdog organization known for its fixation on Fox News, but a “new era” is coming and fake news will now be the prime target.

“There was a period of time which we were, rightfully so, described as the ‘Fox antagonist’s,” incoming Media Matters president Angelo Carusone told Politico. “Now, our mission is to be principally focused on the value of journalism.”

“It used to be simple, Fox News was the gate keeper… but now there are so many potential bad actors,” Carusone said. “Now there are places like Facebook, who aren’t bad actors but can be enablers of misinformation.”

The spread of fake news and conspiracy theories on social media platforms such as Twitter is a major problem in the media industry, and some Democrats believe the issue helped Donald Trump win the election.

“We have to think about how we’re getting bigger and louder, not just misinformation but all out propaganda. That’s a role that’s very different than in the past,” Carusone told Politico. “We’ve not tried to mobilize massive amounts of people or develop a larger following. But it’s going to have to be a part of what we’re doing.”